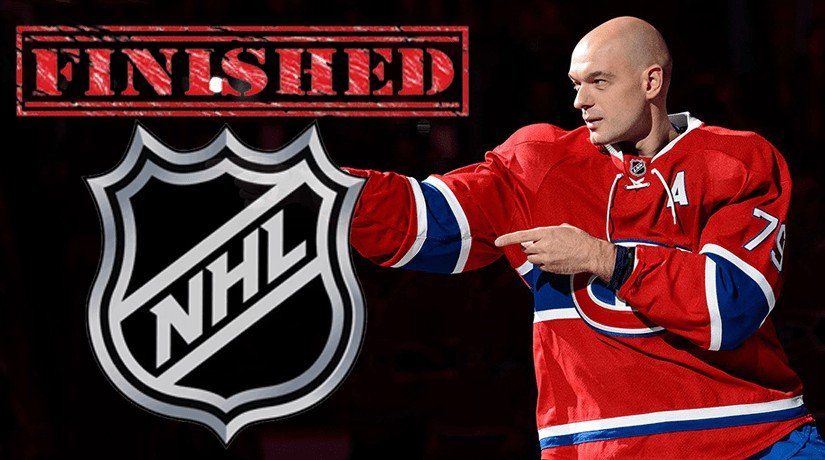 One of the Best Russian Defencemen Retires from Pro Hockey

On April 16, 2020, legendary Russian defenceman Andrei Markov (41) announced his retirement from professional hockey. Markov played a total of 990 matches in the National Hockey League, being just 10 games short of reaching the 1,000 career game mark. Markov is primarily known as a member of the Montreal Canadiens, having played 16 seasons for the legendary club.

Markov had already been famous before he arrived in North America. As a member of Dynamo Moscow, Markov scored a legendary goal during the 1999 Euroleague tournament.

Over his sixteen seasons in Montreal, the sixth-round draft selection managed to make club history in more ways than one. Andrei Markov is undoubtedly the best Russian player to ever wear a Canadiens jersey. He is ranked second all-time in both the number of matches played and points scored by a Montreal defender. And he currently holds sixth place in the ranking of Montreal players with most matches played for the club. The only players ahead of him in this statistic are Henri Richard, Larry Robinson, Bob Gainey, Jean Beliveau, and Claude Provost.

In his 16 seasons in Montreal, Markov earned the unconditional love and respect of the clubs’ fans who gave him the nickname “General”. Over the course of his NHL career, he suffered several unpleasant injuries, including severe knee damage that led to him missing a year and a half of play and an extremely painful cut of the ankle with a skate. Markov left Montreal after the 2016–17 season, being unable to reach an agreement with the club’s management over the length of his contract. The club wanted to sign a one-year deal with the 38-year-old player, but Markov insisted on a two-year contract.

Upon his return to Russia, Markov joined Kazan Ak Bars of the Kontinental Hockey League. In his very first season in Kazan, Markov helped the team win the Gagarin Cup. The 2019-2020 season was the last for Markov in professional hockey. As a member of Yaroslavl Lokomotiv, he played in 23 matches during the regular season and in 6 games during the playoffs, gaining a total of 8 points.

While the dream of playing a thousand games for the Canadians and winning the Stanley Cup never came true for Markov, one cannot deny that he had a very impressive career and rightfully earned a place in hockey history.