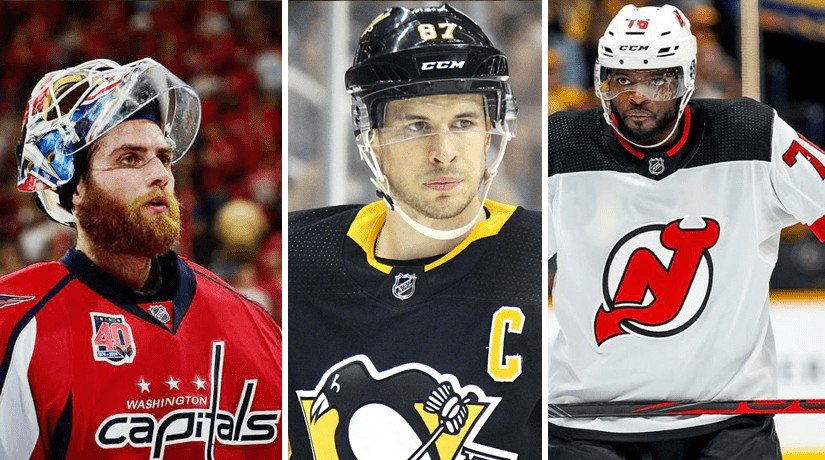 NHL Players on the Death of George Floyd and American Riots

Washington goalkeeper Braden Holtby commented on protests in the United States over the death of George Floyd.

“I stare at the Woodrow Wilson Bridge, spanning across the Potomac River. From Virginia, it leads into Maryland, into Prince George’s County. One of the most affluent Black counties in America. And here a monstrous bridge stands, named after a racist president. A president who was an outspoken white supremacist. Who segregated federal workers based on race. The bridge sits there mocking every black person who has to travel across it while reading that name as a reminder of how much pain has been inflicted on their race. And yet, the society that has inflicted that pain seems proud of it. Proud enough to name a bridge in a white supremacists honour.

The injustice and hatred infused power we’ve seen recently is anything but new. To say there have been improvements is very naive. In today’s age of information and communication at our fingertips, the change is far too minimal. The amount of inhumane, hate-based, racial crimes that have been committed in the centuries of American history is enough to make your skin crawl in discomfort and your eyes well with tears. Yet it’s still happening. In 2020. It should never happen. Yet it still is.

So now what? Where do we go from here? As a person who definitely falls into the white privileged category, I know I will never truly know what it’s like to walk in a black man’s shoes. But I know that I have arms, and ears, and a voice to walk beside and listen to every word of anguish and give my strength to every black man, woman, or child until their shoes weigh the same as mine.

For everyone standing up and marching for what is right, your voices are not going unheard. You’re bringing pride to every person who believes in the universal value of a human being. Keep fighting, and I vow to demonstrate and educate what you are fighting for. Not only to myself but my children, family and anyone else who will listen. Because America will never be great until all BLACK lives matter.”

“Racism that exists today in all forms is not acceptable,” Crosby said in his statement. “While I am not able to relate to the discrimination that black and minority communities face daily, I will listen and educate myself on how I can help make a difference.”

The Canadian hockey player transferred $ 50,000 to the foundation of Gianna Floyd, the 6-year-old daughter of George Floyd.

Subban called on everyone to fight racism and support the GoFundMe page.

“The essence is the same – lack of justice. There must be justice, changes are needed, but for this, everyone needs to get involved in this struggle.

We need everyone to look at how we live, to think that we can change, and to take part in it. I’m ready for this,” Subban said in a video on his Twitter page.

Minneapolis police arrested 46-year-old Floyd on May 25 when a store salesman suspected that the man was paying with a fake $ 20 bill. Police officer Derek Chauvin knocked Floyd to the ground and pressed his knee to his neck. In this position, the officer kept George for more than seven minutes. Floyd died in the hospital. The videos on which he repeatedly said that he could not breathe quickly spread to the media. The four police officers involved in the death were fired the next day.

In Minneapolis, and then across the country, protests against racial discrimination began, which resulted in clashes with the police. On May 29, Chauvin was arrested, and a murder charge was brought. But riots continue, in a number of cities they have grown into a massacre.