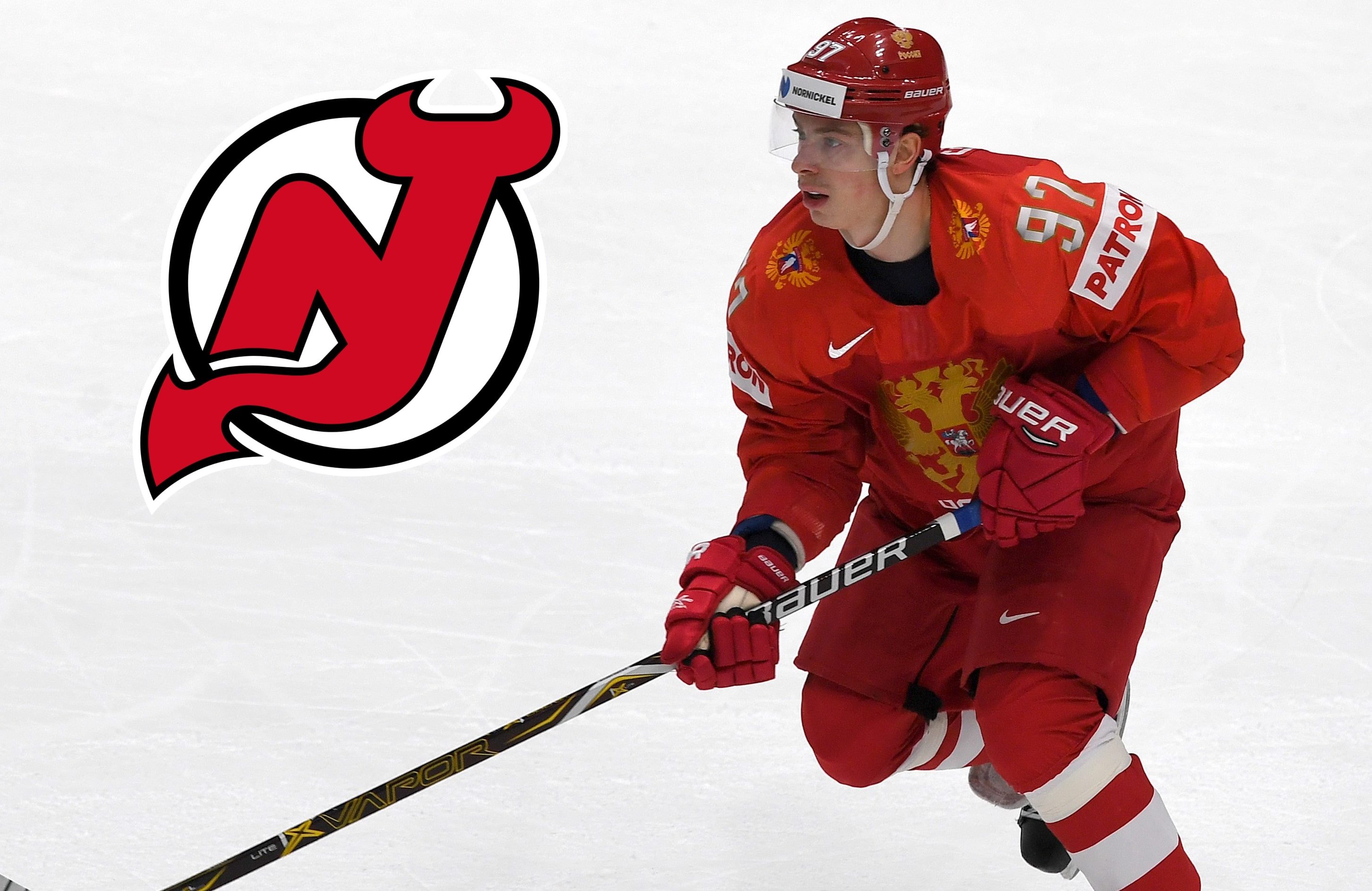 Nikita Gusev is a 27 years old left-winger from Russia, and his career looks very impressive. Last season this talented player led the KHL with 65 assists and 82 points for SKA St. Petersburg. During his career, he scored 119 goals and earned 332 points in 391 KHL, with 68 points with 28 goals in 67 playoff games.

Originally Nikita was picked in the 7th round in 2012 by Toronto Maple Leafs, and then Gusev was acquired by the Golden Knights in a trade ahead of the 2017 expansion draft. Nikita Gusev signed a one-year, entry-level contract with the Golden Knights, joining the club during their first-round playoff series against the San Jose club. He was a restricted free agent this mid-season holding just over $1 million in cap space. The Knights were limited in what it could offer Gusev in contract talks.

“We did our best to accommodate Nikita and his salary request but were unable to do so. He is a good person, a good player and we wish him well in New Jersey,” said Vegas Golden Knights general manager George McPhee.

Devils surely did a great job by signing Gusev. He was the KHL most valued player for the past two years. This is a 2-year deal with an AVE 4,500 000$ per year.

Nikita Gusev was one of the top scorers at the World Championships earlier in May, recording 16 points (4 goals and 12 assists) in 10 games.

In 2018 Winter Olympics scored 4 goals and 8 assists in six games for Russia. He helped his team winning a gold medal with his impressive performance in the final match against Germany. Nikita scored the second goal for team Russia (Russia 2, Germany 1) in the third period, then Germans managed to find the back of the net twice. In the last 56 seconds of 3rd intermission Athletes from Russia were one goal behind and also playing shorthanded, Gusev scored and then assisted the winning goal by Kaprizov. Nikita was named the Best Forward of that tournament.

Even as a junior, Gusev played at a high level internationally.

This trade and signing is the latest in a long list of moves for Devils. They are rebuilding their team after missing the playoffs last season. Gusev will join Jack Hughes – the No.1 draft pick, the defenceman P.K. Subban and free-agent signing Wayne Simmonds on the new-look Devils, who will be trying to get back to the playoffs for the second time since they lost to the L.A. Kings in the 2012 Stanley Cup Final.