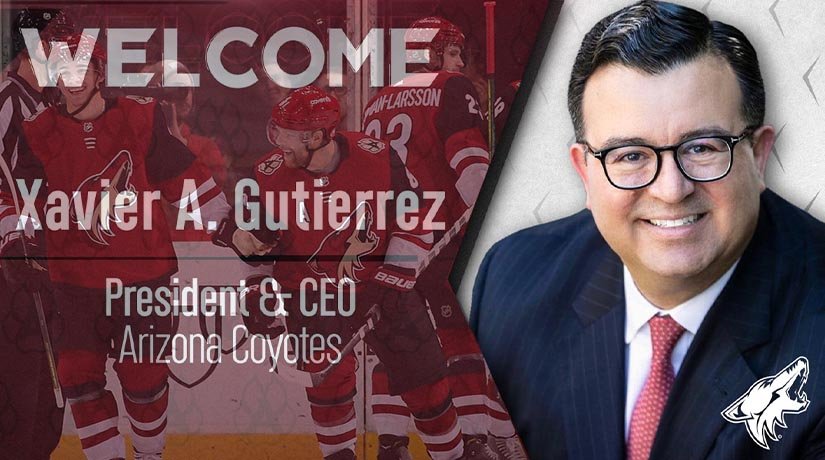 The new president of the Arizona Coyotes, Xavier Gutierrez, made history this week by becoming the first Latin American leader in NHL history.

Gutierrez was appointed to this position by decision of Arizona’s new owner Alex Meruelo, the first Latin American to own an NHL club.

Before becoming CEO of the Arizona Coyotes, Gutierrez held various leadership positions in the businessman’s empire. He managed the investment company Clearlake Capital Group, was the head of the Meruelo Group, the director of a real estate company, and a member of the board of directors of Commercial Bank of California, which is California’s largest bank owned by Hispanic owners.

Earlier it became known that the Coyotes might move. The club wanted to leave Gila River, where the Coyotes have been playing their matches since 2003. But the new owner of the Coyotes has already said that the club will not leave Arizona.

From the moment the club was founded (1972) until 1996, the Arizona Coyotes franchise was based in Winnipeg (Canada) and was called the Winnipeg Jets.