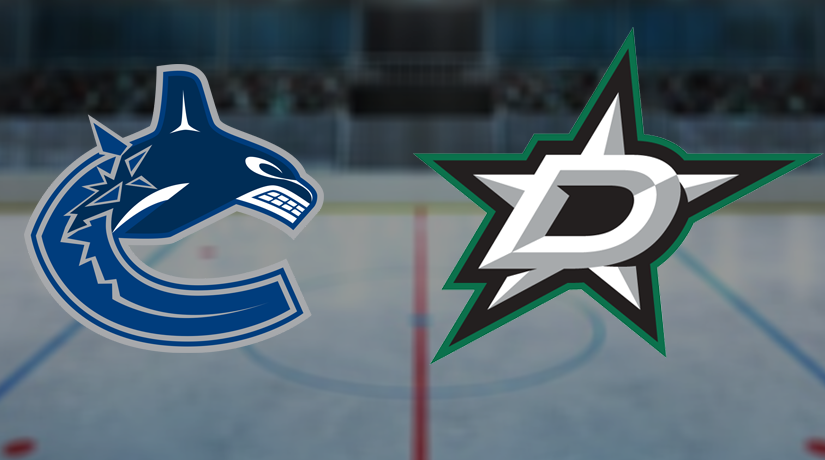 In another NHL regular season confrontation, Vancouver Canucks will host Dallas Stars at Rogers Arena, Vancouver. Let’s have a look at teams performance and try to predict the outcome for this game.

The club from Vancouver does not shine this season. Yes, they had a good start, they won a lot and was at the top of the standings, but then injuries began and, which led to a series of four defeats in a row. The Nucks were struggling to score goals; they hardly scored more than two, especially on the road. In the standings, they occupy the sixth line, with 23 points in the asset. The club is good at finishing the scoring chances, one of the best in the conference, on average, they score 3.3 goals per game. In the last game, the team managed to interrupt an unsuccessful series, they Nashville at home with a score of 5: 3. In this championship, Petterson plays really well, and he is in eleventh place in the scorers’ table with eight goals and 15 assists.

The Stars had a terrible start to the championship, at the time of eight matches played, they were on the penultimate line in the conference, they did not succeed in the offence, on average scored less than two goals per game. But after several changes in the first link victories came; in the last ten meetings the Stars lost only three times, and two of those defeats were away. Dallas is considered a home team, on the road, they perform sluggishly, often snuggling up to their goal and concentrating on defence. In the standings, they almost entered the playoff zone; they only lack one point for this. Dallas is now on the tenth position, has 20 points in the asset. In terms of the number of goals conceded, the Stars are the best, in 19 meetings they conceded 45 goals, but scored 44. This indicates their closed and defensive style of play, which the club has developed over the past two seasons.

This season the clubs have not met, their last full-time match was held on March 31, then Canucks won with a score of 3: 2 in the overtime. Some interesting facts from the previous ten between these two: four ended with a draw, the away team won seven times, in four meetings more than 6  goals were scored.

These teams are at approximately the same level, but they have radically different tactics and strategies. Vancouver prefers to play openly; the club often builds positional attacks and really good powerplay. But the Dallas overloads the middle of the ice and tries to neutralize the attacks of opponents, rarely switches to full-fledged attacks, always looks after their own goal, and also shoots very little. Given the indicators in the offence of the Stars (an average of 2.3 goals per game), their weakness in away games and the difficulty in creating scoring chances, it’s worth considering a bet on less than 3 on the individual total of Dallas.

Make sure to bet on Vancouver Canucks vs Dallas Stars with 22Bet!