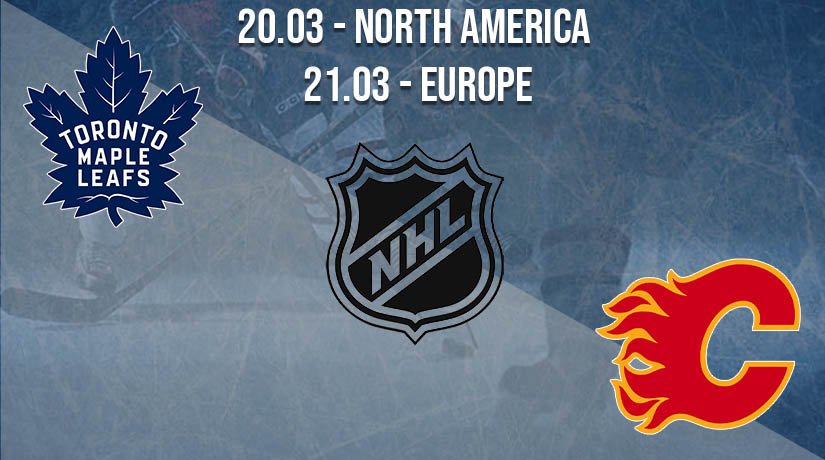 In the NHL 21 championship, Toronto will meet with Calgary, and our experts have prepared a prediction for this event.

Toronto is still the leader of the Northern Division. However, the team is now on the decline. In the last six matches, the team was able to win only one victory over Winnipeg (4-3 OT), and in the rest of the cases, they were defeated. Note that Leafs lost to the Jets with a score of 2-5 on their home ice and then lost to Ottawa on the road – 3-4. Big problems for Sheldon Keefe’s charges arise in defence because recently, they have conceded at least three goals per game. Previously, the Leafs were also struggling in defence, but they made up for this with excellent offensive actions. We want to emphasize that the team won ten matches out of 16 at the home arena.

Calgary is in the penultimate line of the standings and will struggle to make it to the playoffs this season. The team plays very unstable matches. For example, recently, they had a streak of three wins and seemed to be in optimal shape. However, after a successful series of fights, the Flames lost on their ice to Edmonton with a score of 3-7, once again playing poorly in their zone.

Toronto is in poor shape, as evidenced by the results of their recent matches. And the fights with Calgary for Leaves are never easy. Toronto and Calgary are not doing the best in defence and build their game through offence. Considering that the teams have already played against each other several times this season, and the Flames gave a worthy rebuff, we propose to bet on high totals in this game.