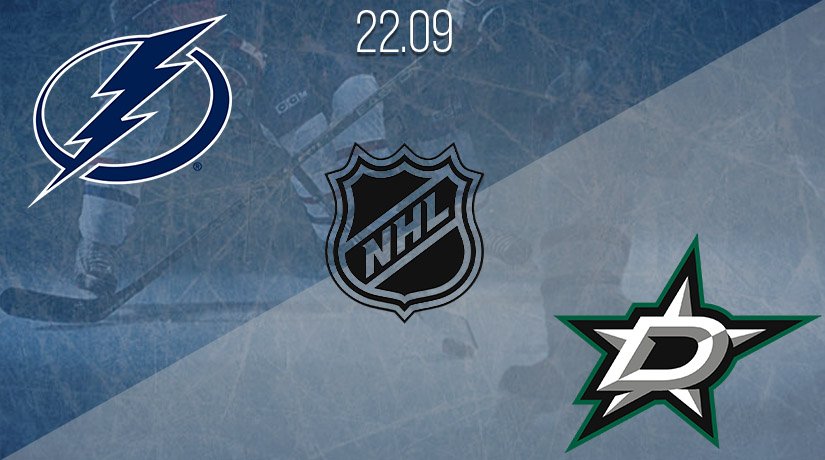 Tampa Bay will play its second match against Dallas and will try to rehabilitate from the defeat in the opening meeting. Will they be able to do that? Look for the answer in our prediction.

Tampa Bay was the favorite in the first match of the series with Dallas, but could not confirm this status and scored only one goal, losing with a score of 1-4. Note that in aggregate the Lightning made almost twice as many shots at the opponent’s goal, but this did not bring a significant result.

John Cooper’s wards allowed the Stars to come too close to their goal and allowed them to shoot from clear ice so that Vasilevsky could not even react. The Bolts themselves tried to score from the front of the net, but they were not exceptionally lucky for rebounds. We emphasize that in the third period, the team even had three chances to score on the powerplay, but they did not capitalize on any of them.

By the way, the head coach noticed that his team woke up only in the final twenty minutes. He also spoke about the timing of the restoration of Stamkos and said that he is unlikely to be able to appear on the ice in the second game. Without him, Tampa’s play looks much worse.

Dallas is confidently moving towards their dream, and for the second time in this Stanley Cup, they have developed a series to four wins. Most likely, the Stars benefited from a rather long break, during which they managed to more or less fully recover, and their superiority in speed was noticeable in the two starting periods.

They took advantage of this and scored three goals, but in the final playing segment, they scored a goal in an empty net. Anton Khudobin showed himself excellently again, reflecting 35 shots. Now he is the top contender for the best goalkeeper prize in the playoffs.

Rick Bowness was pleased with the hockey that his team was showing and noted this at the post-match press conference. Despite having a mediocre defence, Dallas, indeed, often blocked shots, and at the same time, they always tried to take the game away from their goal.

It was clear that Tampa in the third period adjusted to their opponents and understood how to act, and they simply did not have enough time to recoup. The Lightning are masters of analyzing the opponent’s actions, so the second game will likely differ significantly from the scenario of the first match. We suggest betting on Tampa Bay to win in this match.