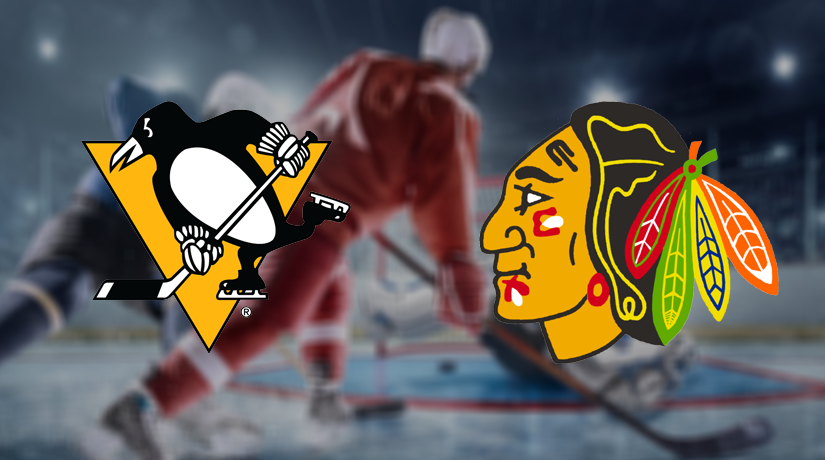 In another NHL game, Pittsburgh Penguins will host Chicago Blackhawks at PPG Paints Arena, Pittsburgh. Let’s find out how teams preformed so far and try to predict the outcome of this game.

This season, Mike Sullivan’s men are doing pretty well, staying in the playoffs zone. In the standings of the Eastern Conference, they settled in 7th place with 19 points in the asset. The last away series they played with varying success, but do not forget that they had serious opponents, such as Boston Bruins and New York Islanders. Penguins could easily earn 4 points on the road, but missed the victory in the match with the “bears”. They had an advantage of one goal, which they could not keep. Then they went to visit the “islanders”, where they obtained victory with a score of (4-3) in the overtime. They demonstrated incredible willpower, having scored three goals in the third period.

Two key players could not help their team this time due to injuries: Patrick Hornqvist (forward) and Kris Letang (defender).

This club is an outsider of the championship at this moment. Blackhawks have one of the worst performance stats. In the standings of the Western Conference, they are placed on line 12, with 13 points. Recently, they were able to improve results slightly. In the last three battles, they suffered only one defeat – Blackhawks lost to San Jose Sharks away with a score (2-4). After this, they defeated the Vancouver Canucks at home (5-2). It is worth noting that the squad of Jeremy Colliton won because they were acting excellently on the powerplay.

No matter how strange it sounds, the Chicago Blackhawks Club is kryptonite for the Pittsburgh Penguins team. Over the past six full-time confrontations, Mike Sullivan’s team have been unable to beat the Black Hawks since 2017. However, there is one tendency; almost every contest between them has a lot of scoring. The last time they crossed paths was January 7, 2019, then the Penguins were defeated at home with a score (3-5).

Despite the impressive history of face-to-face confrontations, it is worth to bet for the Pittsburgh victory within 60 minutes of play based on a significant difference in class and the current shape of both teams. Also, do not forget that the Penguins rarely lose to weak teams on home ice. In front of their fans, they give all the best they have. Of course, in the upcoming match, two leading players will not be able to help them, but they have quite high-class hockey players in their roster. As for Chicago – this is the worst guest club, which from 6 away meetings got only one victory in overtime.

Make sure to bet on Pittsburgh Penguins vs Chicago Blackhawks with 22Bet!