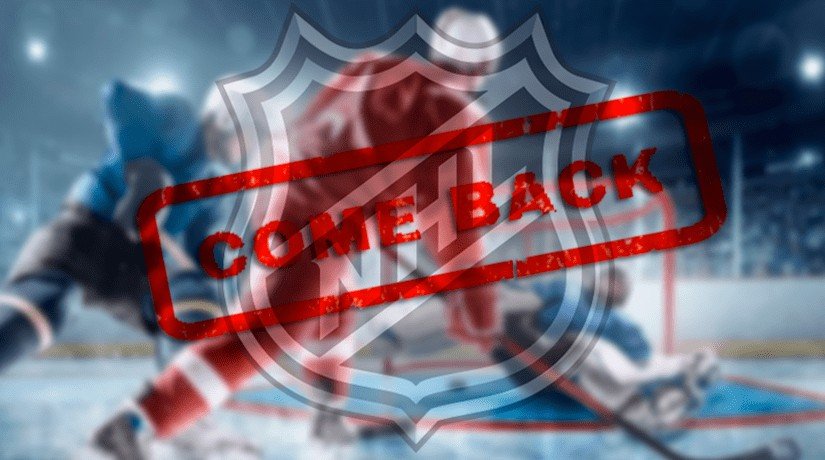 Hockey fans around the world rejoice as the NHL has officially announced its official return scheme. This is good news not only for the fans—who are going crazy without having any hockey to watch because of the quarantine—but also for the NHL’s players. The league will be able to minimize its financial losses, which means that the players will not lose 90% of their salary next season.

The NHL decided not to play out the rest of the regular season, doing which would not be very practical. Instead, play will immediately begin with the playoffs consisting of the 12 top teams from each conference. These teams will go through a special qualifying round, which will bring the playoff bracket into a familiar structure.

The scheme is confusing, but only at first glance. In reality, it’s quite simple.

The four best teams from each conference automatically go to the main draw and play one match with each other for the right to get the highest seed. In the East, these teams are Boston, Tampa, Washington, and Philadelphia; in the West, it is St. Louis, Colorado, Vegas, and Dallas. The rest will play a series of playoff games for the right to enter the main draw. This scheme allows teams that had ghostly chances to be in the top eight with the classic playoff scheme to have opportunities to break further.

The qualification round’s series will be played up to 3 victories, which is the same scheme they can hold series of the first and second round of the playoffs. The conference finals and the Stanley Cup finals, on the other hand, will be held in the more familiar 4 victory format.

The league will choose two cities for the matches

The cities will be located in different conferences and should have all the necessary infrastructure to accommodate the participants, such as hotels, arenas, training rinks, and adequate transportation.

The top priority when choosing the cities is safety. The NHL wants to hold the playoffs and, at the same time, minimize the risks. Players are allowed to train, but only in small groups. Uniforms and skates will be left in the arena for disinfection. And foreign hockey players will have to self-quarantine for two weeks after returning to the United States and Canada.

NHL clubs aren’t likely to be able to include more than 28 field players and an unlimited number of goalkeepers in the application to participate in the training camp and the Stanley Cup playoffs when the season resumes. Several general managers said they had received such recommendations.

In total, each team will be able to engage no more than 50 employees in one of the two cities where the matches will be held. Training camps will not begin until early July. The season may resume in late July or early August.