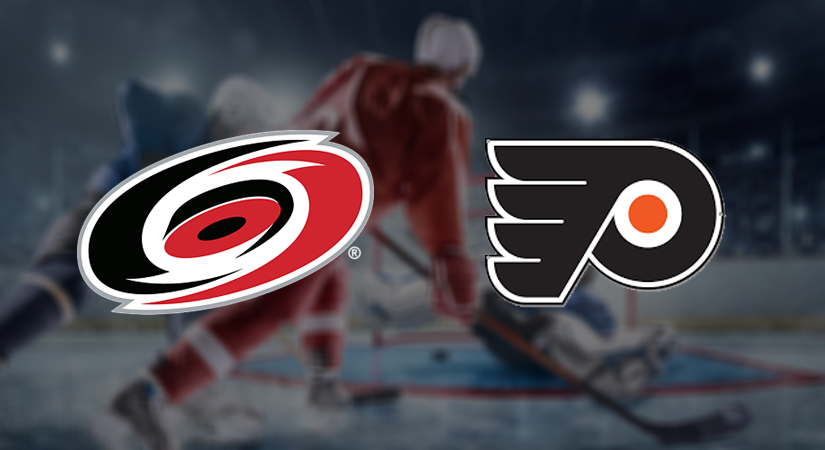 On November 22, as part of the next NHL game day, teams will solve their tournament tasks. Carolina Hurricanes and Philadelphia Flyers will face each other at the PNC Arena, Raleigh, North Carolina.

Carolina after an interrupted series of failures of four matches again started a series of victories. First, the team beat Ottawa (8: 2), and then it sorted out Buffalo (5: 4 OT), Minnesota (4: 3 OT) and then had a victory over Chicago (4: 2), although many believed that the Hurricanes would not be able to beat the Hawks. The triumph over Chicago turned out to be quite convincing; the team spent the first two periods exceptionally well. The team completely dominated; they were able to score three unanswered goals. The opponent tried to correct the situation, in the third period, added in speed and pulled two goals. And yet, Carolina showed composure at a critical moment, calmly averted the threat from their net, and then Aho struck Lehner’s net.
In general, the squad of Rod Brind’Amour play well on their home ice and, on average, score about four goals, even though they have already played ten matches. The team played well within the recent segment, which allowed them returning to fourth place in the standings of the Eastern Conference.

Philadelphia now is in a different situation, and it is much sadder than the opponents. At the moment, the team has a series of four defeats, and in the last match, they suffered a blowout from Florida – 2: 5. Also before that, the Pilots lost to Washington (1: 2 SO), Ottawa (1: 2) and Islanders (3: 4 SO). Perhaps the team cannot adjust to the schedule of matches, because it alternates between playing at home and away.
The team plays great when killing the penalty, but when playing five on five, there is not enough concentration, defenders often lose opponents’ attackers.

Usually, matches between these teams have a large number of goals, so this contest should not be an exception. In the last meeting, the total was less, but then Carolina did not look good in the offence. Now Hurricanes have improved their game in the offence, so they should please the fans with a lot of goals and get a victory.

Make sure you check out the prediction for the NHL game between Carolina and Philadelphia.