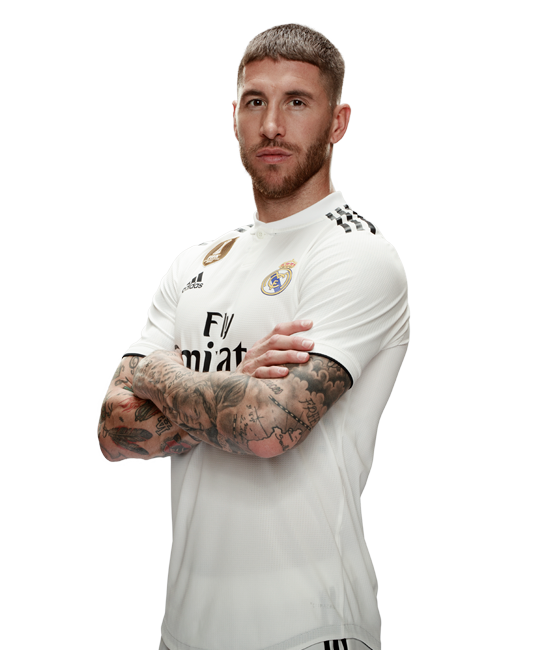 Sergio Ramos is an ace Spanish footballer, who is also the captain of Spain’s national football team and the Spanish club ‘Real Madrid.’ He is one of the strongest defenders in present-day football, although he also plays as a right back, from time to time. Born and raised in Andalusia, Spain, Sergio started his career as a player for a local club, ‘Sevilla FC,’ as a defender at the age of 14. He proved his mettle and was eventually promoted to the main squad of his club. His brilliant performances had him acquired by ‘Real Madrid’ in 2005. For the first few years after the transfer, he struggled to make a strong impression and his performances were mostly average. His performance peaked from 2009. Since he was a defender, his goal tally was not too high, but due to his defending skills, he became one of the four captains of ‘Real Madrid’ in the 2009–2010 season. In July 2011, his contract was extended till 2017, and in 2015, it was further extended till 2020.
Sergio Ramos was born on March 30, 1986, in Camas, Seville, to José Maria Ramos and Paqui Ramos. Seville was popular for its bullfighting tradition. Every other child from the city dreamt about becoming a bullfighter. Sergio was no different. Although he loved playing football, he wanted to become a bullfighter.
He grew up with two siblings, a brother and a sister, and was soon talked out of a career in bullfighting by his parents, as it was a dangerous sport. His elder brother, Rene, who also happens to be his current manager, introduced Sergio to football, and Sergio was soon addicted to it.
His parents were happy with Sergio’s choice and supported him by appointing a private trainer. As a child, Sergio had joined a football club named ‘FC Camas,’ which turned out to be a great learning experience for him. The club was where his real talents were revealed. He won many ‘Man of the Match’ awards and garnered some media attention too.
At the age of 14, he was acquired by the local club ‘Sevilla FC,’ which catered to young talented players. Sergio joined the club’s youth program. Finally, in 2004, he was included in the main squad, and a bright and successful career awaited him.

Ramos entered a relationship with journalist/presenter Pilar Rubio in September 2012. This was confirmed by both at the FIFA Ballon d’Or. They have three sons together: Sergio Jr (born 6 May 2014), Marco (born 27 November 2015) and Alejandro (born 25 March 2018). On 16 July 2018 Ramos proposed to long-term girlfriend Pilar Rubio and the couple got engaged.The couple are set to tie the knot in Ramos’ home-town of Sevilla on 15 June 2019. Ramos is a ‘family person’ and has a close relationship with his siblings and parents. Rene, Ramos’ brother is currently his football agent. Ramos is a fan of bullfighting, which is popular in his hometown, and he is a personal friend of matador Alejandro Talavante. He celebrated victories for both club and country by playing with a matador’s cape. Ramos is also a keen horse aficionado, owning a stud farm in his native Andalusia specifically dedicated to the breeding of the Andalusian horse. Ramos’ horse, ‘Yecutan SR4’ became a World Champion in 2018. Ramos is Catholic, and has a tattoo of Mary which covers the top half of his left arm.