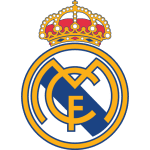 Campeonato Nacional de Liga de Primera División, or simply La Liga, is perhaps the most successful football league in history. This league is composed of all of the top men's professional football teams functioning under the Spanish Football League. These clubs include top names like Real Madrid, Barcelona, Atletico Madrid and many more. Known all around the world and looked up to as a league to be role-modelled after, La Liga has a rich history full of trophies, awards, and championships that set this tournament apart from all the others. Keep reading to find a brief look into the La Liga history, go over its format and rules, and learn about the massive collection of trophies and awards the league has won over time.

The idea of the league was first introduced in 1927 by Jose Maria Acha, the director of the Arenas football club in Getxo. It wasn’t until 1929 that the first division of the league would become official, with only 10 participating teams at that time.

The original 10 included Barcelona, Real Madrid, and Athletic Bilbao, the teams that are still dominating the division and the entire Spanish league. Barcelona was the very first team to ever win the league championship, successfully keeping that title until Real Madrid knocked them out in 1932.

The first division would continue with several other up-and-coming teams in the league growing stronger and stronger; however, this would come to an end for some time due to the Spanish Civil War.

This suspension would cause La Liga to incorporate into the Mediterranean League, where all of the original 10 clubs would perform. It wasn’t until 2007 that Barcelona would begin to break through and move up the ladder of their new league, returning to the original name that La Liga was known for.

From the ’90s until today, Barcelona has taken over the league, winning several championships and recruiting top new fresh talent.

Today, there is still a slight rivalry between Barcelona and Real Madrid, as Barcelona held on to La Liga’s Copa del Rey title up until Madrid swiped it away in 2016. Barcelona won the title again in 2017, adding to the competitive vibes within the league and establishing itself as a force to be reckoned with.

The league uses the round-robin format. It means that every team within the association will meet one another an equal number of times throughout the season.

La Liga teams play against one another 2 times in a season, giving each team in the league the benefit of home-field advantage. These matches occur every weekend throughout the entire season, with a few special days scattered in.

Winners are announced based on a points system, with every win gaining teams 3 points, and every draw – 1 point per team. At the end of the season, these numbers are totaled, with the holder of the top scores going straight to the Champions League. Those that finish a few steps behind in 3rd or 4th places will compete head to head in a qualifier for the 3rd and final spot.

La Liga has a unique way of announcing the winner where, unlike others, it uses records to break ties. They also calculate goal differences between teams and claim a winner in the case when 2 teams have equal points at the end of a season. If goal differences are also equal, the league will go back across the entire season, adding up and comparing each team until a tiebreaker is possible.

For the past decade, La Liga has awarded several trophies and awards to its winners, which contributes to the league’s reputation as one of the best in the world. They are known for having the best players and the best tactics for defeating Europe’s best.

The Ballon d’Or Award, the prize rewarded to the best player each year by France Football magazine, has been swept up by La Liga players over the last 9 years.

Since its beginning in 2016, the Best Award has been awarded only to La Liga players.
Over the last 10 years, the league has won 6 Europa League trophies, more than any other league in this time frame.

The 2 top clubs in the league, Barcelona and Madrid, have gone back and forth with the Club World Cup, keeping up the rivalry within the league over the last 4 years.

The prestigious European Golden Shoe has been awarded to La Liga players over the last 10 years, winners of 9 out of the last 10 UEFA Super Cups.