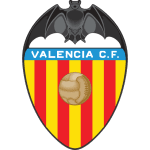 Gonçalo Manuel Ganchinho Guedes (born 29 November 1996) is a Portuguese footballer who plays as a winger for La Liga side Valencia and the Portugal national team. He began his career at Benfica, making his professional debut for the reserves in April 2014 and the first team six months later. After 11 goals in 63 games across all competitions, winning five major trophies, he transferred to Paris Saint-Germain for a fee of €30 million in January 2017. He played only 13 games for PSG, being loaned to Valencia before joining them for €40 million in August 2018. Guedes has earned over 50 caps for Portugal at youth level, from under-15 to under-23. He made his senior international debut in November 2015, at the age of 18, and played at the 2018 FIFA World Cup.

Born in Benavente, Guedes joined S.L. Benfica’s youth system in 2005, where he progressed to the juniors team. On his debut at the age of 8, he scored all of the goals in a 5–0 win against a team of boys three years older. He was part of Benfica’s squad in the inaugural UEFA Youth League in 2013–14, contributing to their victories over Paris Saint-Germain, Anderlecht, Manchester City and Real Madrid en route to the final. On 19 April 2014, he made his professional debut with Benfica B in a 2013–14 Segunda Liga match against Porto B, playing 21 minutes of an eventual 4–1 away loss before being replaced by Rudinilson Silva. On 18 October 2014, Guedes debuted for Benfica’s first team at Sporting da Covilhã in the third round of Taça de Portugal. On 4 January 2015, he debuted in Primeira Liga at Penafiel, as an added-time substitute for Lima in a 3–0 victory. On 4 July, he won the 2014–15 Segunda Liga’s Breakthrough Player of the Year award. On 26 September 2015, he scored his first goal with Benfica in a 3–0 victory against Paços de Ferreira in the league. On 30 September, he scored his first goal in the UEFA Champions League in a victory at Atlético Madrid (1–2), and became the youngest Portuguese player to have scored a goal in the group stage. He was praised by opposing manager Diego Simeone after the game. While mainly used as a right-winger at Benfica, he played some matches as a false 9 center-forward due to injury to striker Jonas.

On 25 January 2017, Guedes joined Paris Saint-Germain for €30 million, signing a contract lasting until 2021. He stated that he wanted to emulate compatriot and former PSG player Pauleta. PSG won a bidding war with Manchester United for his signature. He made his debut for the Ligue 1 title holders four days later, replacing fellow newcomer Julian Draxler for the final three minutes of a 1–1 home draw with Monaco.

On 1 September 2017, Guedes was loaned to Spanish club Valencia on a season-long deal. The transfer was facilitated by the contacts between his agent Jorge Mendes and the owners of Valencia. He made his La Liga debut eight days later, replacing Andreas Pereira for the final half hour of a goalless home draw against Atlético Madrid. On 15 October, Guedes scored the first goal of his loan in a 6–3 win at Real Betis, as his unbeaten team rose to second above Real Madrid. Six days later, he scored twice and assisted Santi Mina in a 4–0 win over Sevilla, the Che team’s fifth consecutive victory. He received plaudits from the international sporting press for his early-season form. After rejecting offers from Premier League teams, on 27 August 2018, Valencia and Paris Saint-Germain reached an agreement for the former to sign Guedes for 40 million euros.

Guedes was first called up by Portugal manager Fernando Santos on 6 November 2015, ahead of international friendlies against Russia and Luxembourg. He made his debut eight days later against the former, starting in a 0–1 loss in Krasnodar, which made him the first 18-year-old to represent the nation since Cristiano Ronaldo. On 10 November 2017, Guedes scored his first international goal in a 3–0 friendly win over Saudi Arabia in Viseu, also assisting Manuel Fernandes earlier in the game. Guedes was named in Portugal’s 23-man squad for the 2018 World Cup in Russia. In the final warm-up game before the tournament, he scored twice in a 3–0 win over Algeria at the Estádio da Luz.