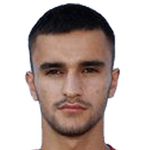 Football players from Europe are some of the top-rated in the world, playing in the most successful national teams and the top league clubs.

However, European football is not just about the top-performing clubs like Manchester United or legendary players in the likes of Cristiano Ronaldo, there is plenty of other fish in the sea. European Football Wiki from 22Bet lists all of Europe football players, while also showing their stats and teams they play for.

It goes without saying that such top championships as Premier League or Champions League wouldn’t be as popular if not for the talented players born and bred in Europe. There are plenty of incredible players from around the world, like Lionel Messi, but the European continent has offered the most amount of talent onto the world’s stage.

Here are some of the best footballers that European nations have to offer right now:

Clubs, Teams and other Wiki

Apart from the definitive list of footballers and the European football players stats, 22Bet Wiki features similar comprehensive data on the top tournaments, clubs and national teams that these players are involved with.