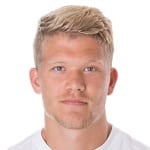 A product of the FC Copenhagen football academy, Cornelius played his first Danish Superliga game for the club in April 2012. Two months later, he was promoted to the team’s starting eleven.

He made a total of 34 appearances for the club, helping it claim the 2012-2013 Superliga title. Thanks to his stellar performance on the field, he was awarded the Superliga Golden Boot and the title of Superliga Player of the Year. He also became the club’s most popular player based on jersey sales.

On June 27, 2013, Premier League’s Cardiff City purchased Andreas Cornelius for a club record-breaking fee of £8,000,000 GBP. He made his Premier League debut in an August 25 match against Manchester United.

In 2014, Copenhagen bought back Cornelius’ contract. During his second stint with the club, he made a total of 91 appearances and scored 28 goals, helping Copenhagen claim two Superliga titles and three Danish Cups. 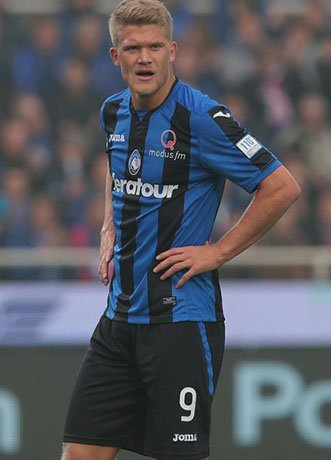 In the August of the same year, Atalanta loaned Cornelius to Bordeaux of the French Ligue 1 for €1,390,000. He made a total of 20 Ligue 1 appearances for the club and scored 3 goals.

In July 2019, Atalanta loaned Cornelius to Parma for two years. On October 20, 2019, Cornelius scored a hat trick in a match against Genoa. His second hat trick came later in the season and also against Genoa.

From 2012 to 2018, Cornelius made a total of 25 appearances and scored 4 goals for the Danish national team. He represented Denmark in the 2018 World Cup, helping his team reach the Round of 16.