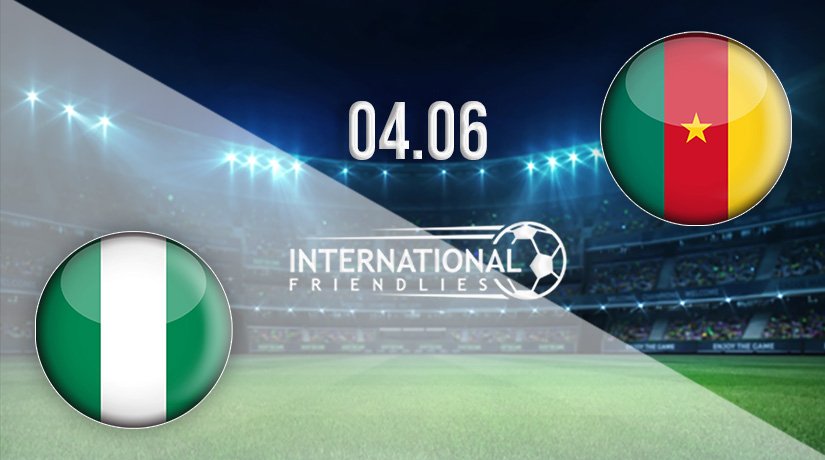 Nigeria and Cameroon bring a close to their international fixtures for the 2020-21 season with back-to-back games against each other. The first of the games takes place on Friday evening.

Nigeria’s passage through to the African Cup of Nations is assured, and they can begin to press ahead for plans for the upcoming tournament. They have three friendlies over the next seven days, beginning with a match against Cameroon on Friday night. Nigeria were excellent in qualifying, as they won four of the six games that they played. The only dropped points that they suffered came against Sierra Leone. They played out a 0-0 draw away, before an entertaining 4-4 draw in the reverse fixture. Nigeria have won their last two coming into these international fixtures, with their most recent win coming in the form of a 3-0 victory against Lesotho. Victor Osimhen scored the opener in that commanding win, before Oghenekaro Etebo and Paul Onuachu scored further goals in the second period.

Cameroon are the hosts of the upcoming African Cup of Nations, but they still managed to top their qualifying group. They played in Group F, and managed to finish a point clear of Cape Verde. Cameroon won half of the six group games that they played. However, they were held to draws against Cape Verde and Rwanda, and were beaten by Cape Verde away from home. They scored eight goals in the six games that they played, and conceded four times, which was the second-worst defensive record in their group. Cameroon recently finished fourth in the African Nations Championship, and closed out their qualification group with a 0-0 draw against Rwanda. However, they come into this game without a win in four international fixtures.

Nigeria vs Cameroon Head To Head

These nations are no strangers, as this will be the 24th meeting between Cameroon and Nigeria since 1960. Nigeria have enjoyed an excellent recent record against Cameroon, as they have won five of the six meetings since 2003. Their most recent victory came in the African Cup of Nations in 2019, as they won 3-2.

Cameroon have looked way off the pace in recent internationals, and their terrible record against Nigeria doesn’t bode well for this friendly on Friday. We expect Nigeria to get the win in the first of two meetings against Cameroon in less than seven days.