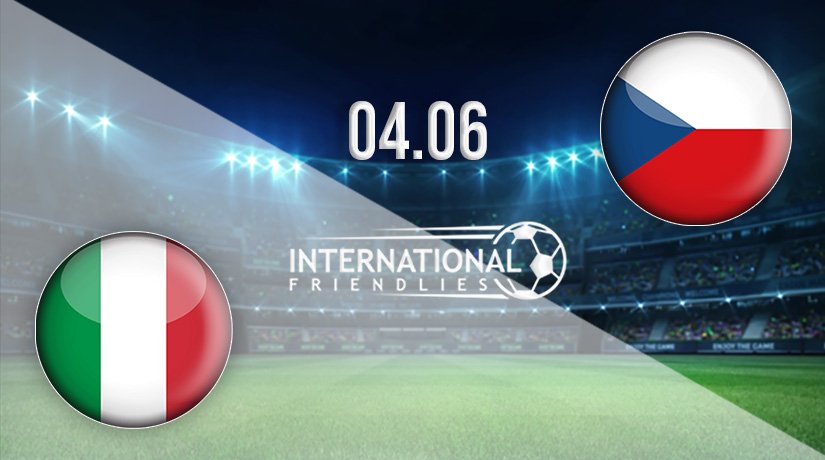 Two sides that will be gearing up for the opening match of the EUROs meet in an international friendly on Friday evening, as Italy and Czech Republic clash seven days before the home nation get their campaign underway.

Italy have been going under the radar over the past couple of years, and could be one of the nations that have an outside chance of springing a surprise during the EUROs this summer. We will learn more about the Italians in this final warm-up game, as they have been very difficult to beat in qualification for both the EUROs and World Cup over the past couple of years. Italy were perfect in qualification for the EUROs, as they won all ten games that they played. They have started off the World Cup process in the same tone, as they have won all three qualifiers 2-0. Defensively they have been excellent over their last nine games, as they have conceded just one goal. Italy are one of the few nations that have already played an international friendly since the end of the season, as they beat San Marino 7-0 last Friday. Matteo Politano and Matteo Pessina both scored two goals each, while Federico Bernadeschi, Gian Marco Ferrari and Andrea Belotti also found the net.

Czech Republic look to have a big challenge on their hands if they are to make it out of their group at the EUROs, as they will come up against Croatia, England and Scotland. Their form coming into the tournament isn’t as good as they would have hoped, as they have gone two without a win, and have won just once in three internationals. They would have taken pride from their 1-1 draw against Belgium back in March, but that was followed up with a shock defeat against Wales. Defensively they have to be stronger, as they have let in four goals in their last three games.

The Czech Republic have an excellent record against Italy, as they have won two of the six games that they have played. However, their most recent victory came in 2002. There have also been two draws, while the Italians have also picked up two victories, with their most recent win coming in September 2013.

Czech Republic’s defensive record will be alarming coming into the EUROs, especially in a group that looks competitive. That defensive vulnerability will be on show again this weekend, as Italy claim a win in their final warm up game.

Make sure to bet on Italy vs Czech Republic with 22Bet!