September 9, 2021. Lagos Nigeria – A fraudulent betting shop claiming to be a part of the 22Bet brand was raided by the police in Isolo Market Plaza, Isolo, Lagos.

The shop was subsequently locked by the police, computer equipment was seized as evidence, while the manager present in the shop at the time of the police raid was taken into custody.

The shop was initially reported on Tuesday, September 7, when one of our users tried to confirm if 22Bet had a promo going in retail shops in Nigeria. 22Bet is an online-only sportsbook that doesn’t operate any offline shops and does not receive any bets in cash.

After receiving the tip, one of our representatives paid a covert visit to an un-numbered shop on the far right side of the Isolo market plaza, Isolo, Lagos on September 8.

There were 4 people in the shop: a man and a woman behind the counter, and two women standing in front of the counter. One of the said women, who presented herself as Miracle, attended to the covert 22Bet representative. She explained how the betting system in the shop works, collected N1000, his name and phone number. A fake betting shop worker has also promised to let the visitor know if he wins on Saturday, assuring him of a cashback if the bet is lost. 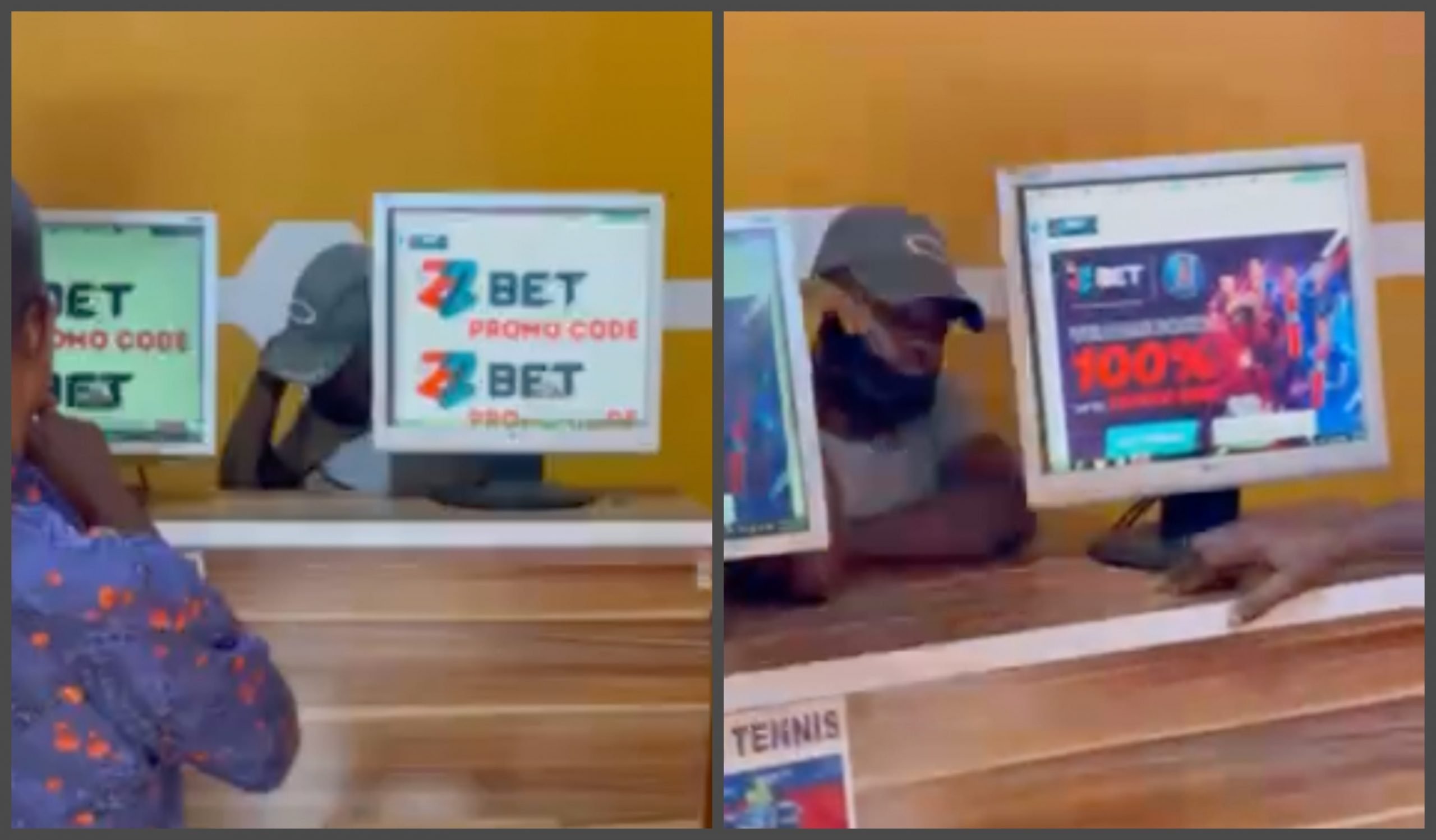 22Bet brand imagery being shown in the fake shop.

A police raid took place on September 9th. Only the manager was present in the shop, who claimed that all other staff members were out taking bets and that they have committed no offense. The police locked the shop and took him to the station, along with the computer equipment. He was asked to provide the names of the people he works for, alongside all other accomplices, as he remains in police custody.

Apart from the computers, in his possession were fake bet tickets that indicate a large sum of money that was taken from the unsuspecting customers of the fraudulent shop. Judging from the dates on the tickets, the operation has been running for at least 3 weeks before being closed down. 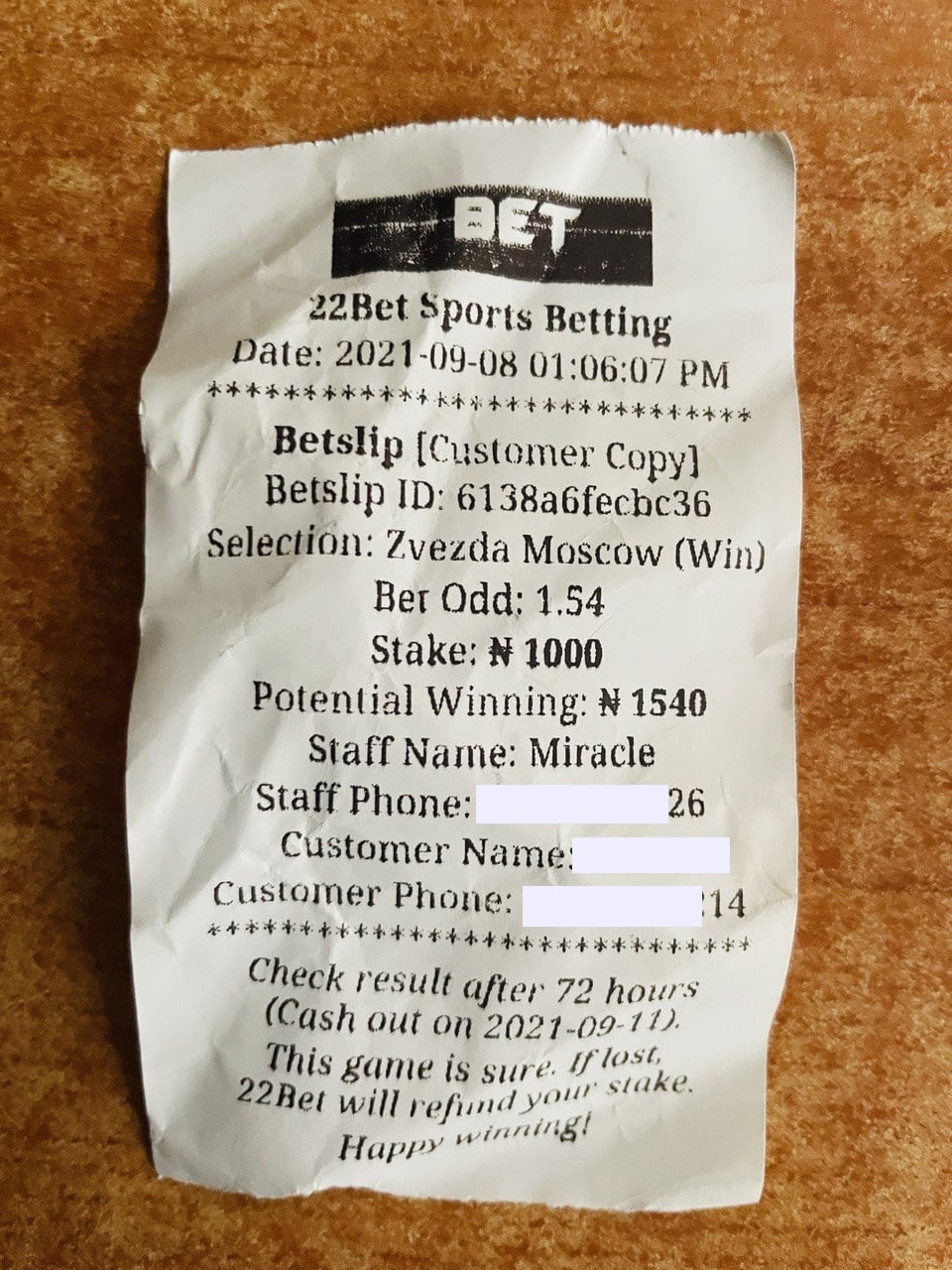 A bet slip given to defrauded customers with a promise to provide a cashback in case the wager is lost.

It is yet unclear whether this betting shop was operated by the same people that ran the fake bet shops in Ahiaoru, Aba.

How to Determine a Fake 22Bet Shop

Please remember that 22Bet Nigeria provides its services exclusively online. Any physical 22Bet shop you might see is not affiliated with the 22Bet brand and is likely run with the aim to defraud unsuspecting punters. Nigerian players can be officially serviced by 22Bet ONLY at 22bet.ng – official 22Bet Nigeria website.

When playing online, make sure that the address of the website is 22bet.ng. That is the only 22Bet website that is licensed to legally operate in Nigeria.

If you stumble upon any physical shop that claims to be a part of the 22Bet brand, you should immediately report it to the police.

If you realized that you have wagered in a fake shop, report that to the police immediately, as there is a high risk that the scammers might close the shop and run away with the money. If the police get to the scammers before they can run off, you are likely to be able to get your money back.