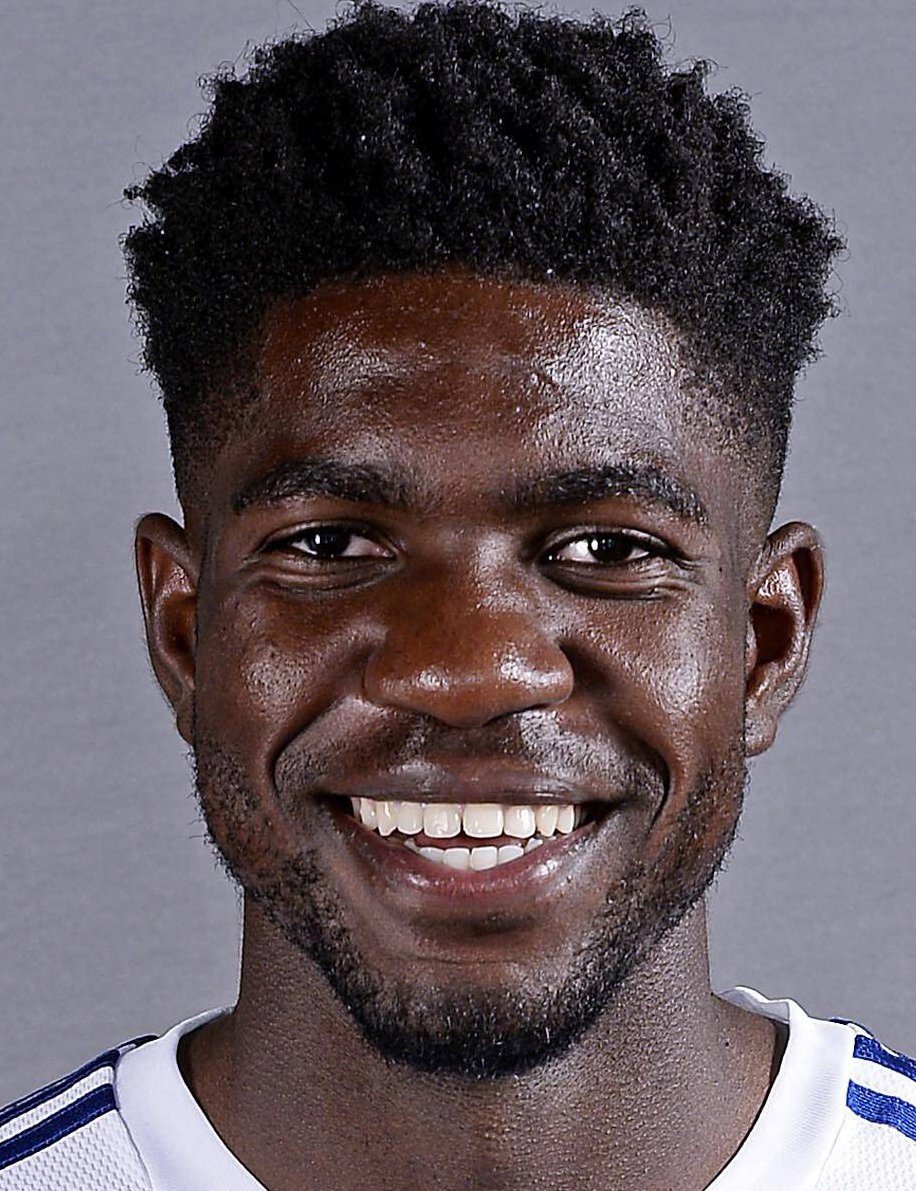 Samuel Umtiti was born to Annie Ngo Um, in Yaounde, Cameroon, on 14 November 1993. He belongs to multiple nationalities including Cameroonian and French and ethnicity wise, he has a mixed ethnical background. He has a brother named Yannick Umtiti.

The footballer started his youth career joining the hometown club Menival at the age of 6 and spent his first couple of youth years with the club. 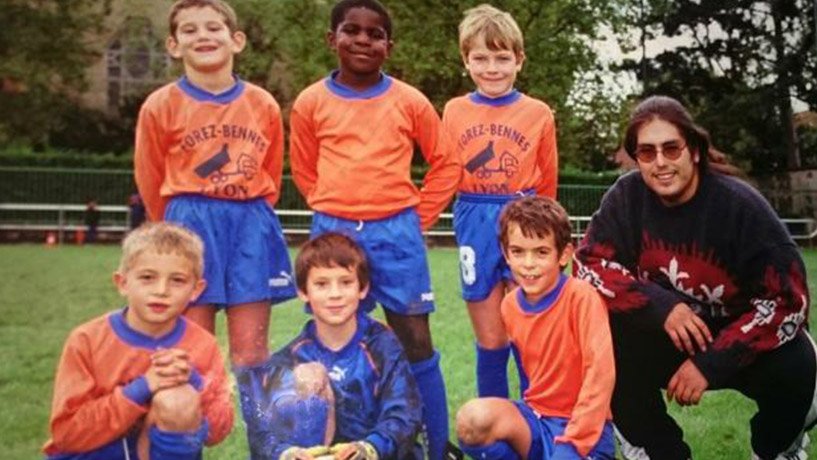 Later he started to practice at Lyon youth program before he was included in a Lyon senior team on 16 August 2011 coming in as a substitute in a 3-1 win over Rubin Kazan.

Umtiti played regularly throughout the 2012-13 season and registered his first career goal for the club on 12 January 2013, against Troyes in a 2–1 away win. For his brilliant performance, the Lyon fans also named him as the Best Player of the Season.

Umtiti, born in Yaoundé, Cameroon, moved with his family when he was two-years-old to Villeurbanne, France. A few months later, however, the family settled in the district of Ménival in the 5th arrondissement of Lyon. Thereafter, Umtiti joined the local football club Ménival at the age of five. At nine years old, he joined Lyon’s youth academy.

Umtiti was included in a Lyon squad for the first time on 16 August 2011, remaining an unused substitute as they defeated Rubin Kazan 3–1 in the first leg of the Champions League play-off round. He made his professional debut for the club on 8 January 2012, playing the whole match in a 3–1 victory over local rivals Lyon-Duchère in the Coupe de France. 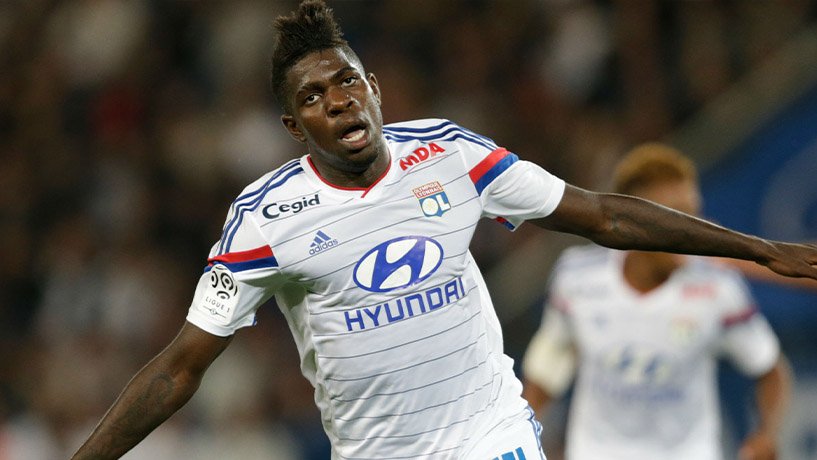 Six days later, he made his Ligue 1 debut in a 1–0 away defeat to Montpellier, playing the entire game. Umtiti made a total of 18 appearances across all competitions in his debut season.

In the 2012–13 season, he became a more regular member of the Lyon first team. On 12 January 2013, against Troyes in a 2–1 away win, he scored his first career goal. He finished the season with 32 appearances in all competitions and two goals.

On 30 June 2016, Umtiti signed for La Liga side Barcelona for a fee of €25 million. On 17 August, Umtiti made his first appearance for Barcelona in the second leg of the 2016 Supercopa de España which Barcelona won 3–0 versus Sevilla and lifted the trophy. Umtiti picked up a knee injury in September 2016 while in Barcelona training, causing him to miss a crucial La Liga clash against Atlético Madrid. He scored his first goal for the club, on 4 March 2017, against Celta de Vigo with Barcelona winning 5–0 at the Camp Nou. He would later play a vital role in the 2016–17 Champions League round of 16 second leg fixture against Paris Saint-Germain, as he started the match alongside Gerard Piqué and Javier Mascherano in a 3-man central defence partnership. Umtiti assisted his teammates in recovering from a 4–0 first leg deficit to a historic 6–1 victory, the biggest comeback in the history of the Champions League. He would cap off his first year in Spain by winning the 2016–17 Copa del Rey and by establishing himself firmly as first-choice in central defence for the club alongside Piqué.

Now established as first-choice in defence at the club, after Barcelona’s subpar 2017 Supercopa de España while reeling off the loss of Neymar, Umtiti began the season with great performances, under the guidance of new manager Ernesto Valverde. On 2 December, Umtiti injured his right hamstring and was ruled out for eight weeks. Umtiti scored the winning goal against Valencia CF at Camp Nou, on 14 April, in a 2–1 victory for the Catalans. A week later, on 21 April, Umtiti started for Barcelona in the 2018 Copa del Rey Final, holding a clean sheet in an eventual 5–0 victory over Sevilla at Wanda Metropolitano. Additionally, Umtiti won his first La Liga winners’ medal during his second season in Spain, with the defender appearing in 40 games and scoring one goal across all competitions.

On 3 June 2018, Umtiti signed a new five-year contract with Barcelona. The release clause was subsequently set at €500 million. Umtiti was named as a substitute for the 2018 Supercopa de España behind Piqué and a new summer signing Clément Lenglet. Despite not featuring and with Barcelona winning the match 2–1 against Sevilla, Umtiti claimed his fifth winners’ medal since joining the club.

Umtiti was a France youth international, having represented the country from under-17 to under-21 levels. He was an integral member of the team that won France’s first ever U-20 World Cup in 2013. Although, he had to sit out the final against Uruguay due to a red card received in the semi-final against Ghana.

Umtiti was born and spent the first two years of his life in Cameroon. Therefore, the Cameroonian Football Federation and their former international Roger Milla met his advisors in an unsuccessful attempt to get him to represent their national team.

Umtiti, who was at the time uncapped at senior level, was selected by the French national team manager Didier Deschamps to be part of the France’s squad for the European Championship in 2016, following an injury to the compatriot Jérémy Mathieu. Umtiti made his senior debut on 3 July by playing every minute of the quarter-final against Iceland at the Stade de France, replacing the suspended Adil Rami. Thus, he became the first outfield player since Gabriel De Michèle (at the 1966 World Cup) to win his first cap for France by appearing in the finals of a major tournament and was accurate with all 77 of his passes during the match, which France won 5–2. He later earned extremely positive reviews for his performance in the semi-final against the incumbent world champions Germany. This led to a lot of excitement over Umtiti’s prospects for his newly signed club, Barcelona, and his future as a player.

On 13 June 2017, Umtiti scored his first goal for France, equalising against England in an eventual 3–2 victory for Les Bleus in a friendly match in Paris.