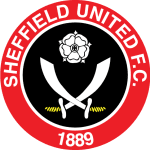 Bramall Lane is a football stadium in Sheffield, South Yorkshire, England. It is the home of Sheffield United. As the largest stadium in Sheffield during the 19th century, it hosted most of the city’s most significant matches including the final of the world’s first football tournament, first floodlit match and several matches between the Sheffield and London Football Associations that led to the unification of their respective rules. It was also used by Sheffield Wednesday and Sheffield F.C. for major matches. It has been the home of Sheffield United since the club’s establishment in 1889. It is the oldest major stadium in the world still to be hosting professional association football matches.

The stadium was built on a Sheffield road named after the Bramall family (who were file and graver manufacturers). The Bramalls owned ‘The Old White House’ on the corner of Bramall Lane and Cherry Street, and subsequently built the Sheaf House, now a public house that still stands at the top of Bramall Lane. The stadium was originally opened as a cricket ground. It was also used for football games in the 19th century by Sheffield F.C. and Sheffield Wednesday but since 1889 it has been the home of Sheffield United.

Bramall Lane is one of only two grounds (the other being the Oval) which has hosted England football internationals (five games prior to 1930), an England cricket test match (a single Test, in 1902, against Australia) and an FA Cup Final (the 1912 replay, in which Barnsley beat West Bromwich Albion, 1–0). It also regularly hosted FA Cup semi-finals and replays between 1889 and 1938.

The ground has also hosted rugby league games for the Sheffield Eagles, a Billy Graham Evangelist meeting in 1985, a pair of rock concerts by Bruce Springsteen in 1988, a friendly match for the 150th anniversary of the world’s oldest football club Sheffield F.C., where they played Inter Milan in 2007. Also hosting a Travis Pastrana Motor cross event in 2016, an IBF Welterweight title boxing match in 2017, the Women’s League Cup final and a Rod Stewart concert both in 2019. The stadium has also been used several times to host England U21 friendly and competitive matches.

The record attendance for the ground is 68,287 set at an FA Cup 5th Round tie between Sheffield United and Leeds United on 15 February 1936. The ground has now been extensively renovated in the wake of the Taylor Report, and has an all-seated capacity of 32,609