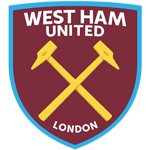 It was constructed for the 2012 Summer Olympics and 2012 Summer Paralympics—serving as the track and field venue, and as the site of their opening and closing ceremonies. Following the Games, the stadium was subsequently renovated as a multi-purpose stadium and now serves primarily as the home of West Ham United of the Premier League.

Land preparation for the stadium began in mid-2007, with the official construction start date on 22 May 2008. The stadium held its first public event in March 2012, serving as the finish line for a celebrity run organised by the National Lottery. Holding 80,000 for the Olympics and the Paralympics, the stadium re-opened in July 2016 with 66,000 seats, but with capacity for football limited to 60,000 under the terms of the lease. The decision to make West Ham United the main tenants was controversial, with the initial tenancy process having to be rerun.

The stadium hosted several 2015 Rugby World Cup matches, two England rugby league Test matches, and the 2017 IAAF World Championships in Athletics and 2017 World Para Athletics Championships (the first time both events had been held in the same location in the same year). The stadium can also hold concerts with up to 80,000 spectators, and, due to its oval shape and relocatable seating, was deemed to have the potential to host for other sports such as baseball and cricket. In June 2019 the stadium hosted the first regular-season US Major League Baseball game in Europe, in which the Boston Red Sox played a two-game series against the New York Yankees.