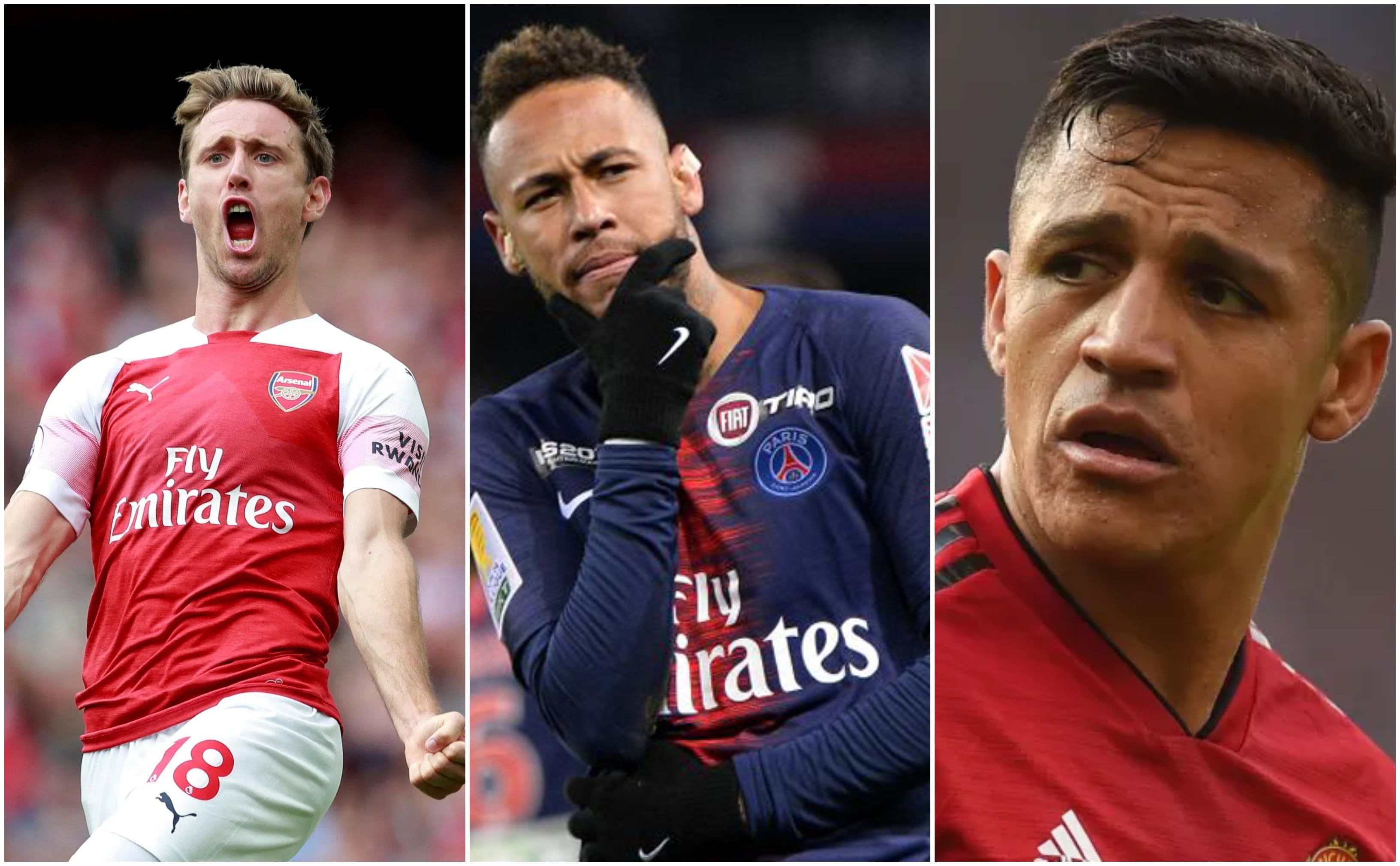 With the European deadline just a few days away, clubs across the continent are making frantic efforts to make late signings. The want-away Brazilian playmaker Neymar Jr is keen to depart PSG for Spain before the period concludes. The future of the Brazilian star has been the center of speculation with contrasting reports emerging concerning his destination. It’s understood that Real Madrid officials are in Paris to conclude a deal for the former Barcelona player. Though L’Equipe has claimed that Real Madrid is contemplating a swap deal that will see Gareth Bale move to the French capital, Marca has rubbished such talks as unconfirmed rumors.

Croatia’s forwarder Mario Mandzukic is currently held up in discussion with the club that Neymar wants to exit. After leaving Alexis Sanchez and Romelu Lukaku to depart for Inter Milan, Manchester United is lining up to bring in Fernando Llorente who’s a free agent after being released from Tottenham Hotspur. The 34-year old attacker could help Ole Gunnar Solskaer to bolster his attack option.

Meanwhile, Arsenal defender Nacho Monreal is confident about his planned move away from Premier League to La Liga, where his career began. The 33-year old Spaniard has been at Arsenal since 2013 when he transferred from Malaga. Mundo Deportivo understands that the Defender had informed Arsenal boss Unai Emery about his intention to depart the London club. The paper also revealed that the player had negotiated personal terms with Real Sociedad.

Elsewhere, Celtic has secured the signature of the right-back Moritz Bauer for a season-long loan term from Stoke City. The Austria international linked up with the Championship side in 2018 and has since represented the Potters twenty-one times. Celtic manager Neil Lennon is understandably bringing in Bauer alongside Hatem Elhamed to fill in the space left after the departures of Christian Gamboa and Mikael Lustig.

Elsewhere, Italian side Sassuolo is considering making a bid for Chelsea winger Kennedy. The 23-year old Brazilian spent his loan stay at Newcastle United in the previous two seasons. According to Italian journalist Gianluca di Marzio, Kennedy could be the perfect replacement to fellow Brazilian Rogerio who will be out for a long-term with an injury.

Sky Italia reporter Fabrizio Romani has confirmed that Manchester United and Roma have agreed on the fee that will see Chris Smalling move to Italy. It’s understood that the defender had agreed personal terms waiting to finalize his departure for a season-long loan deal. The deal doesn’t include an option for a permanent move upon the end of his loan stay.

While speculation surrounding Neymar’s future continue to bring more confusion with both Real Madrid and Barcelona both in the picture. According to Barcelona defender Gerard Pique, he disclosed that he has discussed with Neymar about the possibility of the Brazilian return to Camp Nou.

In Merseyside, Everton boss Marco Silva thinks that his summer signing should be granted more time to adapt to his system. However, he lauded the newcomers for a splendid performance against Lincoln in a League Cup on Wednesday. Moise Kead who signed from Juventus is among the four new players were handed a debut on Wednesday night. Other new signings who were in contention are; Fabian Delph, Djibril Sidibe, and Alex Iwobi.

Arsenal manager Unai Emery is upbeat that Mesut Ozil will remain an Arsenal player after the conclusion of the European transfer slated for Monday. After staying out in the 3-1 defeat at Liverpool with an injury, the German will be challenging for a position in the upcoming North London derby.

It’s only English Premier League and Skybet Championship that can no longer sign in new players. Other lower leagues within England alongside German’s Bundesliga will conclude before 5 pm on Monday. Italian top league teams have to complete their spending before 7 pm while French Ligue 1 and La Liga have up to 11 pm. Scottish highest league will be the last to close the summer transfer, with the period ending at midnight.