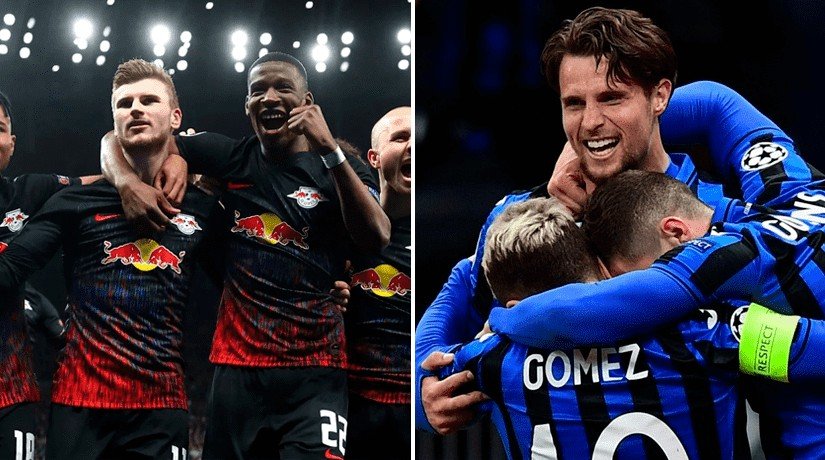 The second matchday of the first leg of the Round of 16 featured two games of Champions League drama, mainly lead by some spectacular goalkeeper performances and thriller strikes from 20 yards out. Here is all that went down.

Spurs face the difficult task of keeping their Champions League hopes alive after they lost to impressive Leipzig at home on Wednesday. Injury-ridden Tottenham are missing Son Heung-min with a broken arm, and Harry Kane, who is still on the sidelines, amongst other regular starters.

Tottenham’s Heung-Min Son will need surgery after suffering a broken arm at Aston Villa on Sunday and is expected to be out for a number of weeks. #sonheungmin #brokenarm #arm #broken #son #tottenham #tottenhamhotspur #premierleague #epl #football #fussball #soccer #news #22bet

The true hero in Jose Mourinho’s squad was unarguably Hugo Lloris, who produced an absolute masterclass in goalkeeping and, thanks to his brilliant saves, Spurs managed to sustain a 0 – 0 scoreline until Timo Werner converted a penalty the 58th minute.

7 – Each of Timo Werner’s first seven Champions League goals have come away from home, the longest streak by a player in the competition’s history before their first home goal. Passport. pic.twitter.com/0s2ly0rupw

Yes, Jose… you are most certainly in trouble.

A setback in the first leg, but the tie is far from over. Big night in Leipzig ahead. #UCL #COYS.

What can we say…? We feel slightly ashamed to admit that we focused most of our attention on the game in London, and little did we know that Atalanta’s home thrashing of Valencia would be by far the better of the two Champions League ties this Wednesday. Here is why…

9 – Atalanta’s 10 Champions League goals this season have been scored by nine different players – no side has had more different goalscorers in the competition this term (excl. own goals). Variety. pic.twitter.com/mpIzxaKOWI

Atalanta are living through their very own Champions League debut fairytale and we couldn’t be happier for the Serie A side. Their first-leg clash against Valencia consisted of a wonder strike after wonder strike, giving Gian Piero Gasperini’s men a commanding lead going into the second leg in Spain on March 10th.

Valencia were left stunned by Atalanta’s skill, pace, and determination in the forward positions. Goals from Hans Hateboer, with a double, Josip Ilicic and an absolute belter from Remo Freuler left Albert Celades’ side feeling deflated.

With four goals up, Atalanta lost their concentration and super-sub Denix Cheryshev struck a gorgeous low shot to make it 4 – 1. But do the La Liga club have any chances of reducing the deficit in the return leg? What are your predictions for Valencia vs Atalanta?

That’s it from this Champions League first-leg of the Round of 16. See you for the round-up and highlights from Europa League’s fixtures this Thursday night! Make sure to bet with 22Bet!