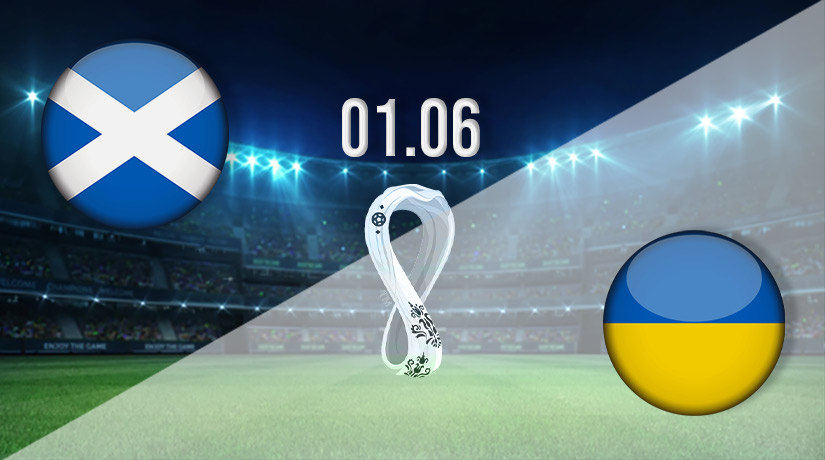 Hampden Park will host the re-arranged World Cup Qualifier fixture between the hosts Scotland and Ukraine at 19:45GMT as the two teams seek to qualify for the right to face Wales with the winner booking their spot in Qatar for the World Cup in November.

Steve Clarke will be focused on getting Scotland over the line against Ukraine before meeting Wales for the decider of who will be at the World Cup later this year.

The re-arranged match against Ukraine will be marked with emotion given the challenges facing Ukraine, but Clarke will want his players to be focused on the task at hand and to get the job done.

Having won six consecutive matches in World Cup Qualifiers before the match against Ukraine was postponed, Clarke’s side were in form and will hope this has not changed in the re-arranged fixture on Wednesday.

Can Ukraine Put Aside the Challenges Facing their Nation to Beat Scotland and Bolster their Chances of Qualifying for the World Cup?

Ukraine had to a hybrid friendly against Monchengladbach at Borussia Park on May 11th to bolster the fitness and sharpness of the team ahead of the clash with Scotland on Wednesday.

This demonstrates the massive challenges the Ukrainian national team has faced since the beginning of the Russian invasion of Ukraine.

Oleksandr Petrakov will be hoping his side will be in the right frame of mind when they take on Scotland on Wednesday given the quality and form of their opponents as they seek to qualify for the World Cup in Qatar.

Scotland are unbeaten in eight outings in international football. They have won six and drawn twice in this run.

This run of form includes six consecutive wins in World Cup Qualifiers as they have sought to make it to the Qatar 2022 World Cup, which kicks off in November this year.

Their two defeats in this ten-match run came in the 3-1 defeat to Croatia on matchday 3 of the UEFA Euro group stage and in match 4 of the World Cup Qualifiers Group Stage ending in a 2-0 reverse against Denmark.

Ukraine have lost just once in their last ten outings in international matches including friendlies, World Cup Qualifiers, and the UEFA Group Stage.

The only defeat in this run came in a comprehensive 4-0 loss against England on 3rd July 2021 in the UEFA Euro Quarter-final match.

After the loss to England, Oleksandr Petrakov’s men have gone eight matches without a defeat, including in the friendly clash with Borussia Monchengladbach.

Ukraine will be looking to leverage this run of form when they face Scotland on Wednesday.

Adams finished the season with seven goals in 30 appearances for Southampton, which demonstrates his cutting edge in front of goal and importance to the Saints.

His goal-scoring and movement will be crucial for Scotland when they face Ukraine on Wednesday as they bid to win the match to set up a winner-take-all fixture against Wales in the race for a spot in Qatar 2022.

Adams’ relationship with the attacking players, such as McGinn and Christie is crucial for Clarke’s attacking plans, which highlights the importance of the 25-year-old striker.

Yarmolenko featured only 19 times for West Ham and scored one goal; however, he was crucial in the Hammers’ run in the Europa League where he featured eight times and scored two goals.

Yarmolenko’s pace and creative play from wide areas will be crucial for Ukraine as they try to break down Scotland’s three-at-the-back approach.

Scotland will take the initiative in this match; they are in a good run of form and will be the favourites heading into this match.

Ukraine will look to be patient in their playa and wait for the right moment – transitions or set pieces – to striker a decisive blow.

Scotland are favoured to win the match and set a clash with Wales for a spot at Qatar 2022.

Make sure to bet on Scotland vs Ukraine with 22Bet!