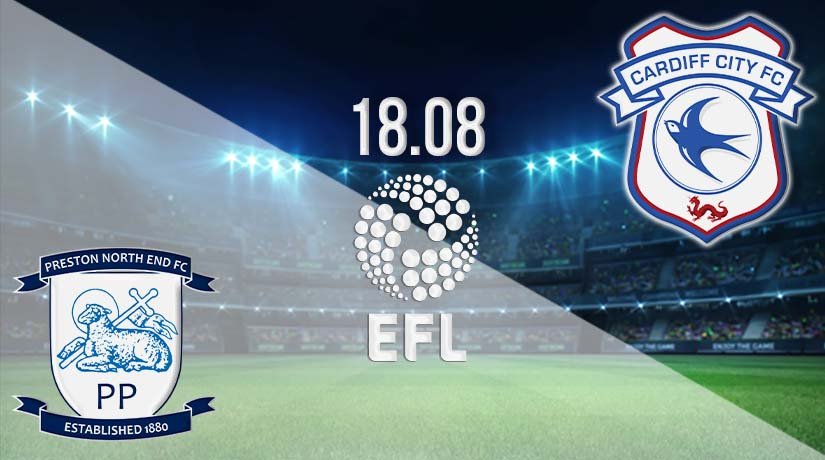 One match will be played on Sunday in the Championship but it’s an interesting fixture as Cardiff City travel to Preston North End for a midday kick-off set to be shown live to a sizeable TV audience. With these clubs level on points, it should make for a competitive 90 minutes.

Preston can be found down in 15th place in the Championship after four games played and that will be seen as a disappointing effort by the majority of the club’s supporters. The home team line-up for this match having managed just one victory so far, drawing one and losing the other two. They have scored six goals already, which is a decent effort, but have conceded the same number and that’s something the coaching staff must work on.

PNE did bank that spare victory in their most recent effort when claiming a thrilling 4-2 in London against Brentford. The Bees were beaten in the playoff final by Fulham last season and raced into an early lead against Preston but fell apart in the second half. The victors fought back from 2-0 down to win 4-2 thanks to four goals scored in less than 20 minutes.

Cardiff City narrowly missed out on promotion to the Premier League in summer when beaten in the playoffs, but they have struggled to live up to expectations this term. Perhaps the Welsh club are fighting against the quick turnaround that required them to forget last season’s efforts and quickly move on to the challenges of the coming campaign.

The Bluebirds sit 16th in the table with four points on the board thanks to one win, a draw and two defeats, scoring three goals but conceding four. They are winless in their last two games, following defeat with a goalless draw at Ewood Park before the international break. Improvement is needed from Cardiff if they are to begin to climb the table and match the efforts of last season.

Preston will take encouragement from their home advantage and the win achieved last time out but know Cardiff are a team under pressure. The Bluebirds should finish much higher in the Championship than their current position, but they must start scoring goals and picking up points.

Make sure to bet on Preston vs Cardiff with 22Bet!