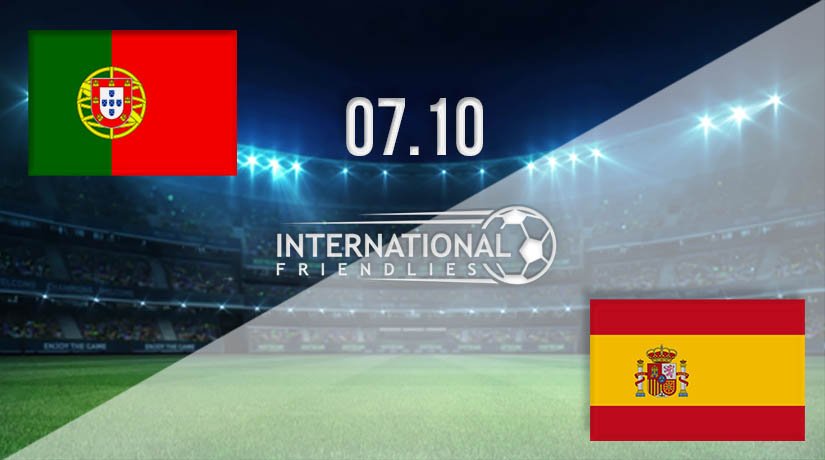 Football fans have several international friendly matches to enjoy on Wednesday evening with some of the biggest names in European football on show. These matches give coaches a chance to finetune their squads ahead of this weekend’s UEFA Nations League matches. In this article, we focus on Portugal vs Spain which promises to be a treat for the neutrals.

These great footballing sides have served up some memorable matches over the years, including a stunning 3-3 draw last time when meeting in the World Cup 2018. Cristiano Ronaldo scored three goals in that game, but his efforts were matched by a double for Diego Costa and goal from Nacho Fernandez. Portugal led 2-1 at half-time but needed an 88-minute equaliser to get anything out of the day. Will we see the teams pick up where they left off?

Portugal are in strong form

Portugal arrive on a strong run of form and have posted some impressive results in recent times. They won each of their first two UEFA Nations League matches, getting off on the right foot with an eye-catching 4-1 home win over Croatia last month in Group A3. The victors enjoyed four different scorers that day and fans will believe they have every chance of going on to win the tournament outright, laying down a marker for next summer’s European Championships.

That strong win over Croatia was followed by a 2-0 victory in Sweden just three days later. It was a match Portugal were expected to win and they lived up to the hype, opening the scoring through Ronaldo just before half-time. The Juventus attacker doubled up in the second half to make it 2-0 and finish the game as a contest. Sweden had Svensson sent off just before the break and that seemed to ruin any chances, they had of causing an upset.

Spain are heading back towards their best if recent performances are to be trusted. The former world champions destroyed Romania 5-0 in a Euro 2020 qualifier at home late last year but were held to a 1-1 draw in Germany in their UEFA Nations League opener. Werner fired the Germans ahead in that match, but Spain battled back, Gaya netting an equaliser with 95 minutes on the clock. It was a late leveller, but Spain looked value for their point.

The visitors returned to their free-scoring ways last time out when hammering Ukraine 4-0 at home in the Nations League. In what was a real show of strength the victors went ahead inside three minutes with a Ramos penalty and eased into a 3-0 lead by half-time.

Two sides in great form and that should make for an entertaining 90 minutes. Portugal will be keen to show they are Europe’s best while Spain will want to get amongst the goals and bring their hosts back down to earth.

Make sure to bet on Portugal vs Spain with 22Bet!