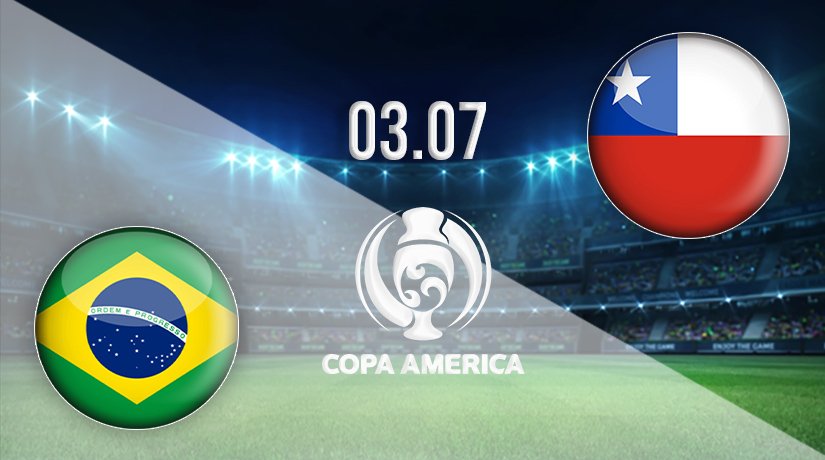 The last three Copa America winners will meet in the quarterfinals of this year’s competition. Brazil are the reigning champions, while Chile won back-to-back titles in 2015 and 2016. But, which nation will reach the semi-finals this year?

Brazil have been in excellent form throughout the Copa America to this point. They picked up three wins from four games in Group B, and scored an impressive ten goals. No team has scored more than the Brazilians so far in the tournament, while they also have the joint-best defensive record, having conceded on just two occasions.

However, Brazil’s long winning run was brought to an end in their final group stage game, as they were held by Ecuador. Eder Militao had put the Brazilians into the lead in that game, but Ecuador struck back early in the second half. Tite made a number of changes for that final group game, as Neymar and Gabriel Jesus were both rested with one eye on the quarterfinals. Both stars will return for this first knockout round of the Copa America, and it looks hard to bet against Brazil.

Chile will face a difficult assignment in the quarterfinals after they finished fourth in Group A. They picked up five points in the group, with two of those being earned by draws. Chile only recorded one victory in the four group games that they played, and conceded four goals and scored just three times. However, their experience in this competition could be vital for the latter rounds, as they have managed to get over the line on two occasions in the past three Copa Americas. Both victories that they recorded were achieved on penalties against Argentina. They will need to summon that spirit to stand the best chance against Brazil this week.

Brazil vs Chile Head to Head

Chile have a disappointing overall record against Brazil, as they have won just eight times in 72 previous encounters. Furthermore, they have beaten Brazil on just one occasion since 2001, with that win coming in October 2015. Brazil have claimed 13 wins in 16 games against Chile, with their most recent victory coming in October 2017.

Chile have certain pedigree at the Copa America. However, they will come up against a Brazilian side at the top of their game this week. It is hard to look past anything other than a win for Brazil.

Make sure to bet on Brazil vs Chile with 22Bet!