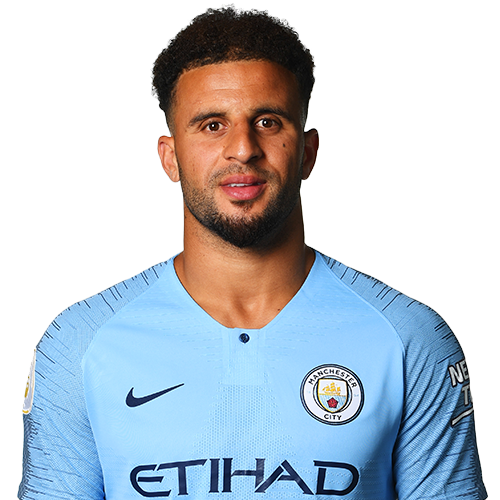 Walker was born in Sheffield, South Yorkshire to an English mother and Jamaican father. He grew up in the Sharrow area of the city and attended Porter Croft Infant & Junior School, followed by High Storrs School until 2006.

Walker joined boyhood club Sheffield United, at the age of seven after being recommended by coach Paul Archer at Football Unites, Racism Divides and progressed through the ranks to become a regular fixture in the reserves by 2008. In November 2008, he was allowed to join League One club Northampton Town on a one-month loan to gain first team experience, making his debut on 15 November 2008 in a defeat by Oldham Athletic. His one-month loan was later extended into January, before he eventually returned to Bramall Lane having played nine matches for the Cobblers.
Soon after returning to his parent club, Walker made his full debut for Sheffield United on 13 January 2009, starting in a third round FA Cup tie against Leyton Orient. With the Blades losing a number of players to injury in the closing weeks of the season, Walker was a surprise inclusion in the starting line up for the crucial last two matches of the season, making his full league debut for the club on 25 April 2009 against Swansea City. After two outstanding performances he retained his place as Sheffield United entered the play–offs, starting both matches against Preston North End and the final against Burnley at the end of May.[citation needed] By playing in the final, Walker became the youngest Sheffield United player ever to play at Wembley Stadium.

On 22 July 2009, Walker left Sheffield United to join Tottenham Hotspur along with fellow defender Kyle Naughton for a combined fee of £9 million, but was loaned back to United for the duration of the 2009–10 season as part of the deal. While at Bramall Lane he was virtually ever present at right back for the first half of the season but was unexpectedly recalled back to Spurs on 1 February 2010, just before the close of the January 2010 transfer window, as cover for Alan Hutton who was loaned out to Sunderland earlier the same day. Walker made his debut for Tottenham on Saturday 27 March 2010, in a 2–0 victory over Portsmouth.
Walker with Tottenham Hotspur in 2010
At the start of the following season, Walker went out on loan once more signing an initial six-month deal with Queens Park Rangers (QPR) due to injuries at the club in the right back position. In mid-October, his loan was extended until 3 January 2011.
After he had left QPR, Walker joined Aston Villa on loan until the end of the 2010–11 season. He scored on his debut only nine minutes into the match against former club Sheffield United in the third round of the FA Cup in January 2011. At the start of February, Walker scored his first Premier League goal and first senior league goal, a 30-yard strike low into the left corner against Fulham. He returned to his parent club at the end of the 2010–11 season after scoring two goals in 18 appearances in all competitions for Aston Villa.
On leaving Villa Park, Walker suggested that he would be happy to return to the club the following season, as first team opportunities were limited but Tottenham Hotspur manager Harry Redknapp later stated that he did not wish to sell the defender. Walker subsequently agreed to a contract extension at Tottenham until 2016. Walker was chosen in the starting eleven for Tottenham’s opening match of the 2011–12 season, against Manchester United at Old Trafford on 22 August 2011. On 2 October, he scored the winning goal in the North London derby against Arsenal from 25-yards out. Tottenham won the match 2–1.
On 22 April 2012, Walker was named as the PFA Young Player of the Year, beating the likes of Sergio Agüero, Danny Welbeck, Daniel Sturridge, Alex Oxlade-Chamberlain and teammate Gareth Bale to the award, as well as being named in the PFA Team of the Year. On 29 April, he scored a free kick from 25 yards to help Tottenham beat Blackburn Rovers 2–0 at White Hart Lane. On 3 May 2012, Walker was awarded with a new five-year contract, that runs until 2017.
Walker’s performance against Manchester United in March 2012 saw him at fault for two of the opposition’s goals in a 3–1 defeat. He began his next season in a similar vein; he was at fault for Chelsea’s 4th goal in the 4–2 defeat at White Hart Lane, getting shrugged off the ball easily by Juan Mata.[citation needed] He was ever-present in the first half of the season in the Premier League, with the exception of the 3–0 victory over Fulham at Craven Cottage; this included playing 90 minutes in the 3–2 win over Manchester United, which was Tottenham’s first victory at Old Trafford in 23 years.
Walker playing for Tottenham Hotspur in 2013. On 28 October 2013, it was announced that Walker had signed a new contract with Tottenham, keeping him at the club until 2019.
Walker was part of the team that lost 2–0 to Chelsea at Wembley Stadium in the 2015 League Cup Final on 1 March.
On 8 August 2015, Walker was involved in an own goal which led to Tottenham suffering a defeat in the hands of Manchester United in the season opener and it also became the first goal of the new season.
On 20 April 2017, Walker was named as right-back in the PFA Team of the Year for the second time.

On 14 July 2017, Walker signed a five-year contract with Tottenham’s Premier League rivals Manchester City, in a transfer reported to be worth an initial £45 million fee, rising to £50 million with add-ons, making it one of the most expensive football transfers.
He made his competitive debut for City against Brighton on 12 August 2017, a game where many media outlets labelled him as the best player. However, during Walker’s home debut for Manchester City he was sent off for two yellow card offences against Everton, which was thought to be a harsh decision by referee Bobby Madley. Walker was selected and part of the squad that beat Arsenal 3–0 at Wembley Stadium in the 2018 EFL Cup Final to claim his and City’s first trophy of the 2017–18 season.

Before having even made a league appearance for Sheffield United, Walker was called up to the England U19s in February 2009. He made his début on 10 February, coming on as a second-half substitute in a 3–0 loss to Spain U19s. Following his first run of regular Premier League starts, Walker was called up to the full England squad in February 2011 and again in March 2011. However, he did not feature in any of the matches played and pulled out of the squad in March due to an injury.
At the end of the 2010–11 season, Walker was named as part of the England squad which competed in the 2011 UEFA European Under-21 Championship competition in Denmark. Despite the poor showing of the team who were knocked out in the first round, Walker was named in the Team of the Tournament.
His good form in the 2011–12 Premier League season saw him named in the England squad for a friendly against Spain. On 12 November, Walker made his England debut in the 1–0 win over Spain, coming on for Scott Parker as a substitute in the 85th minute.
Walker went on to make his first start for England on 15 November, in a 1–0 win against Sweden, during which he won man-of-the-match. He missed UEFA Euro 2012 because of a toe injury, suffered in a league match against Fulham.
Walker played the first England match after Euro 2012, playing the full 90 minutes of a 2–1 win against Italy.
He was named in the 23-man England national team squad for the 2018 FIFA World Cup.