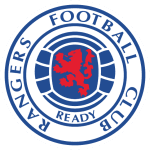 Steven George Gerrard MBE is an English professional football manager and former player who manages Scottish Premiership club Rangers. He spent the majority of his playing career as a central midfielder for Liverpool, with most of that time spent as club captain, as well as captaining the England national team. Widely regarded as one of the greatest midfielders of all time, Gerrard was awarded the UEFA Club Footballer of the Year award in 2005, and the Ballon d’Or Bronze Award. In 2009, Zinedine Zidane and Pelé said that they considered Gerrard to be the best footballer in the world. A versatile and well-rounded player, highly regarded for his leadership, Gerrard is the only footballer to score in an FA Cup Final, a League Cup Final, a UEFA Cup Final and a UEFA Champions League Final, winning on each occasion.

Born and raised in Whiston, Merseyside, Gerrard joined the Liverpool Academy at age 9. At age 17, he signed his first professional contract with Liverpool and made his senior debut a year later in 1998. In the 2000–01 season, Gerrard helped Liverpool secure a treble of the League Cup, the UEFA Cup and the FA Cup. A UEFA Super Cup and another League Cup followed, and Gerrard was made captain in 2003. In 2005, Gerrard led Liverpool to a historic fifth European title, scoring a crucial late goal in the group stages, and being named Man of the Match as he scored Liverpool’s first goal and won a penalty kick as Liverpool came from 3–0 down to defeat Milan in what became known as the Miracle of Istanbul, regarded as one of the greatest finals in the history of the tournament. The following year, Gerrard scored two goals and assisted another in the 2006 FA Cup Final, which has been called The Gerrard Final and is widely regarded as one of the greatest cup finals in the history of the competition.

Considered by many to be Liverpool’s greatest ever player, Gerrard won a total of two FA Cups, three League Cups, one UEFA Champions League, one UEFA Cup, one FA Community Shield and one UEFA Super Cup in his 17 seasons at Anfield. He was named in the PFA Team of the Year a record eight times, the UEFA Team of the Year and the FIFA World XI three times, was named PFA Players’ Player of the Year in 2006 and the FWA Footballer of the Year in 2009. Despite collective and individual success, Gerrard never won the Premier League, finishing runner-up with Liverpool on three occasions. He joined Major League Soccer club LA Galaxy in 2015, spending one-and-a-half seasons there before his retirement in 2016. After retiring from playing football, Gerrard became a coach in the Liverpool youth academy and managed their under-18 team during the 2017–18 season, before becoming manager of Scottish Premiership club Rangers ahead of the 2018–19 season.

At international level, Gerrard is the fourth-most capped player in the history of the England national team with 114 caps, scoring 21 goals. Gerrard made his international debut in 2000, and represented his country at the 2000, 2004 and 2012 UEFA European Football Championships, as well as the 2006, 2010 and 2014 FIFA World Cups, captaining the team for the latter two tournaments. He was named as the permanent England captain shortly before UEFA Euro 2012, where he was named in the UEFA Team of the Tournament. Gerrard won his 100th cap in 2012, becoming the sixth player to reach that milestone for England. Gerrard announced his retirement from international football in 2014.