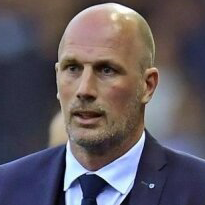 Philippe Clement  is a Belgian professional football coach and former player who is currently managing Club Brugge in the Belgian First Division A. Born in Antwerp, he also played a defensive midfielder. His former clubs include Beerschot, Genk, Coventry City in England and Club Brugge. Clement played 38 times with Belgium national team and was in the team for the Euro 2000 and the 1998 World Cup.