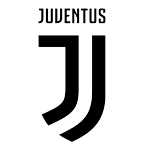 Maurizio Sarri is an Italian professional football manager who is the manager of Serie A club Juventus.

He did not play football professionally, taking part as an amateur centre back and coach while working as a banker. In 2005, he had his first Serie B job at Pescara. In 2014, he won promotion to Serie A with Empoli, and after preserving their place in the top flight he was hired by Napoli. He won several individual awards while managing the Naples-based club, and after finishing as league runners-up in 2017–18 he moved to English club Chelsea, where he won the UEFA Europa League in his only season with the club, before returning to Italy with Juventus in 2019.