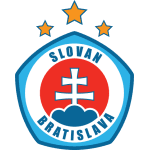 Ján Kozák is a Slovak football manager and former player. Most recently, he managed Slovak national team. As the manager of Slovakia, his team qualified for the 2016 UEFA Euro, thus becoming Slovakia’s first time to appear in the tournament.

In 1981, Kozák became footballer of the year in Czechoslovakia. He played 254 matches in Czechoslovak First League and scored 57 goals. He also participated in UEFA Euro 1980 and the 1982 FIFA World Cup. His son Ján Kozák is also a former footballer, coach and one of the pioneers of footgolf in Slovakia.