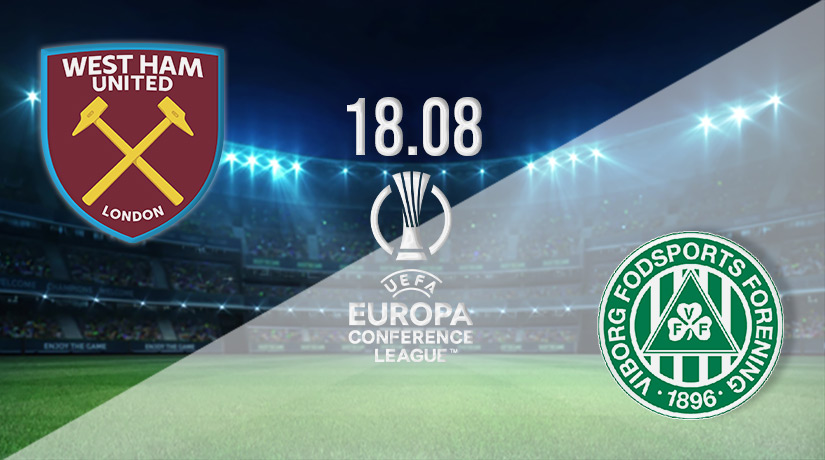 After a nightmare start to their English Premier League campaign with two losses out of two, West Ham will welcome a chance to turn their attention to the Conference League when they host Danish side Viborg FF on Thursday at the London Stadium at 19:45GMT.

Can West Ham get their First Competitive Win this Season?

David Moyes will be looking to bolster his side’s form as he switches attention to the Conference League.

After losing 2-0 against the Champions Manchester City in the opening match, they followed that up with a 1-0 defeat at Nottingham Forest last weekend.

The Hammers will be looking to gain some confidence and sharpness in the clash with Viborg as they seek to kick-start their season into gear in the Conference League and the Premier League as well.

Moyes will also be looking to bed in some of his new signings while also balancing the need to give other players match fitness in these early-season matches.

Can Viborg Cause an Upset at the London Stadium?

Viborg are currently fourth on the Danish league log with 9 points after five matches. They are four points behind league leader Nordsjaelland.

Viborg have also won two consecutive matches after they lost 1-0 to Nordsjaelland in the league. They will be looking to leverage this good run of form in their clash with West Ham in London.

The focus will be on containing West Ham’s attacking players from posing problems to their defense. Therefore, they will emphasize a compact and solid approach to the match at the London Stadium.

The Hammers have lost two matches out of two in a nightmare start to the season for David Moyes’ men.

They have conceded three goals and scored none in their first two outings in the league. David Moyes will be looking to pick up the confidence of his players, especially after losing away to newly promoted Nottingham Forest.

West Ham will need to balance defense and attack as they seek to jolt their season into life when they face Viborg in the Conference League on Thursday.

In the league, Viborg have won three and lost twice in the opening five matches in the Danish League. Their 9 points place them fourth on the table, four points behind Nordsjaelland – the league leaders.

In the previous playoff round, Viborg eliminated B36 with a 3-0 win at home and a 2-1 triumph away from home.

They will be looking to extend their good form to the clash with West Ham on Thursday, as they seek a positive result to take into next week’s second leg clash in Denmark/.

Although the 32-year-old Michail Antonio has led the attacking line for West Ham in the first two matches in the Premier League, Scamacca is expected to be brought into the team against Viborg as he acclimatizes to West Ham’s approach to play.

The Italian, who a host of European clubs wanted before switching to West Ham, will be expected to hit the ground immediately as David Moyes’ side seeks to turn their poor form around quickly.

The striker will offer pace, mobility, creative movement, and brilliant link-up play with the other attacking players as they seek to take a commanding lead ahead of the second leg match away in Denmark next week.

The Dutch striker is an essential cog for Viborg as he leads the line with his pace, movement, and cutting edge in front of the goal.

Grot will be crucial for Viborg in the match against West Ham because the Londoners are expected to dominate proceedings and possession, which means that quick counter-attacks and set pieces will offer the best chance for Viborg to grab a goal.

Grot will offer the aerial threat and link-up play they need to be dangerous at the London Stadium on Thursday.

David Moyes will expect his side to react to their poor start to the season in the Premier League. Although he is expected to shuffle his pack, he will expect the team to provide improved performance under the lights.

Viborg will seek to be compact in their approach to deny West Ham any space for their attacking players. They will also look to hit the Hammers on the counter at the London Stadium.

West Ham will look to kick-start their season with a win, and they are highly favored to grab a handsome win ahead of the second leg in Denmark next week.

Make sure to bet on West Ham vs Viborg with 22Bet!