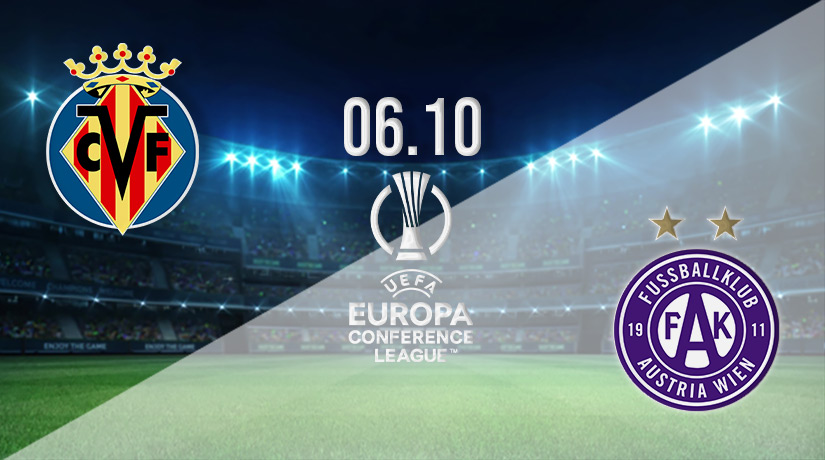 Villarreal will be looking to stretch their advantage at the top of the Group C standings in the Europa Conference League this week, as they aim to pick up a third straight win in the competition this season. However, Austria Wien will be the visitors as they look for a first victory in the tournament.

Villarreal is the clear favourites in the betting to claim the points, as they have looked extremely strong since matchday one in the competition. The Spanish giants are the only side with maximum points at this stage, as they have scored six goals and conceded four times. At present, they sit three points clear of Lech Poznan, who sit second in the standings. Villarreal made it two wins from two in their latest fixture, as they claimed a 2-1 victory against H. Beer-Sheva away from home. The goals for the Spanish side in that win were scored by Jose Luis Morales and Alex Baena.

Austria Wien will be aware that they will need to get on track in the Europa Conference League this season, as they currently sit bottom of the standings after picking up just one point from the two games that they have played. However, victory in Spain this week could lift them up to second in Group C.

They will need to tighten up defensively, as they have allowed four goals in the two games that they have played, and they have scored just once. All four goals that they have conceded in the competition came in their previous fixture, as they were well beaten 4-1 by Lech Poznan away from home.

Given how both of these sides have started the Europa Conference League this season, it looks hard to look past Villarreal. We expect the Spanish side to pick up the points this week, and we could see them winning 3-0.

Make sure to bet on Villarreal vs Austria Wien with 22Bet!