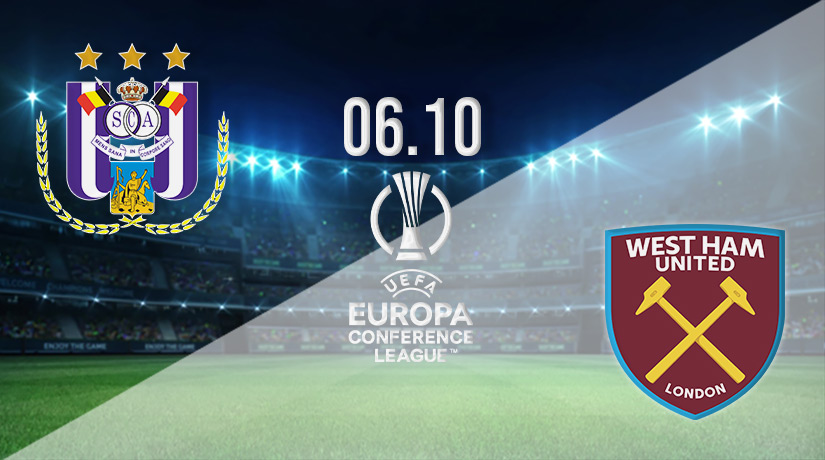 The top two in Group B of the Europa Conference League clash on Thursday, as West Ham United look to maintain their advantage at the top of the standings with a third straight victory. Anderlecht will have home advantage for the first meeting between the sides, as they look to leapfrog their Premier League opponents.

This could be a crucial game in the context of Group B in the Europa Conference League this week, as the two teams located in the top two spots square off. The winning team from this fixture will go into the second half of the fixtures sitting in the top spot and will have their destiny in their own hands when it comes to topping the group.

West Ham has saved their best form this season for the Europa Conference League, as they have won as many games in the European competition as they have in the Premier League to this point. The Hammers have won both fixtures that they have played, scoring a total of six goals and conceding just three. Their latest victory was picked up against Silkelborg on matchday two, as Manuel Lanzini, Gianluca Scamacca, and Craig Dawson scored the goals.

They are also yet to concede in the Europa Conference League this season, as they were held to a 0-0 draw on matchday two against FCSB in their most recent fixture. In truth, neither side did enough to claim the points in that fixture, as both struggled to create goalscoring opportunities.

This will be the first time that the Hammers and Anderlecht have squared off in European competition throughout their history. The second meeting between the sides takes place next week.

Despite sitting second in the group, we still think that Anderlecht will face a nervy wait to see whether they will make the knockout stages. West Ham has the better quality across the field, and we would expect the Hammers to pick up a 2-0 win on the road this Thursday.

Make sure to bet on Anderlecht vs West Ham with 22Bet!