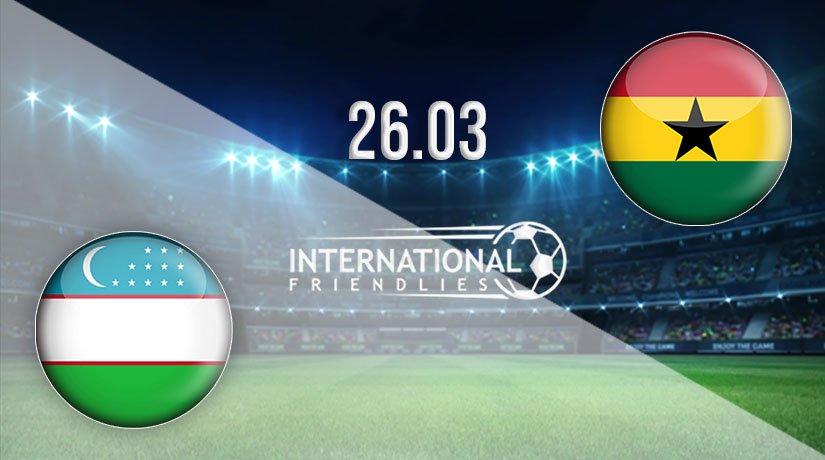 World Cup qualifying matches demand the attention of supporters this week as the top European teams battle over three points. There are also several international friendly matches to look forward to in the days ahead. This article previews Uzbekistan vs Ghana, which looks sure to provide followers with a valuable and informative 90 minutes of football shown live on television.

An interesting footnote to this match is these teams have never previously met in competitive action. The game is a world first, giving both teams the chance to etch their name into the history books by getting off to a winning start. Which team will make it count and bag the bragging rights?

The Uzbekistani international football squad doesn’t boast many household names, but they are an ambitious squad. The White Wolves are currently ranked number 85 in the world by FIFA and have been as high as 45th back in the early part of 2007. Will they ever reach those dizzy heights again? We’re not sure, but a win here would certainly push them in the right direction.

They have become a regular feature in the Asian Cup in recent times, appearing on seven occasions. Uzbekistan first made it back in 1996, and their best result was in 2011, when causing an upset to finish in fourth place. If they can get something out of this match against a respected opponent, it would help raise the team’s profile.

Ghana doesn’t often find itself the biggest name in a fixture, but that is the case here. The African side has struggled for form in recent years, dropping to a lowly 52 in the world rankings published by FIFA. That is a sore point for fans who saw them mix it in the top 14 back in the glory days of 2008.

They have qualified for three World Cups in the past, first in 2006. Ghana made it to the quarter-finals in 2010. Those days may now seem like a distant memory, but the current crop of players will be eager to prepare for an essential season by winning here. Ghana wants to get a friendly victory and wants to do it in style and show what they are capable of on their day.

We’re sure to see a competitive match with chances at either end. Ghana will fancy their experience is enough to get them a win while Uzbekistan is out to cause an upset.

Make sure to bet on Uzbekistan vs Ghana with 22Bet!