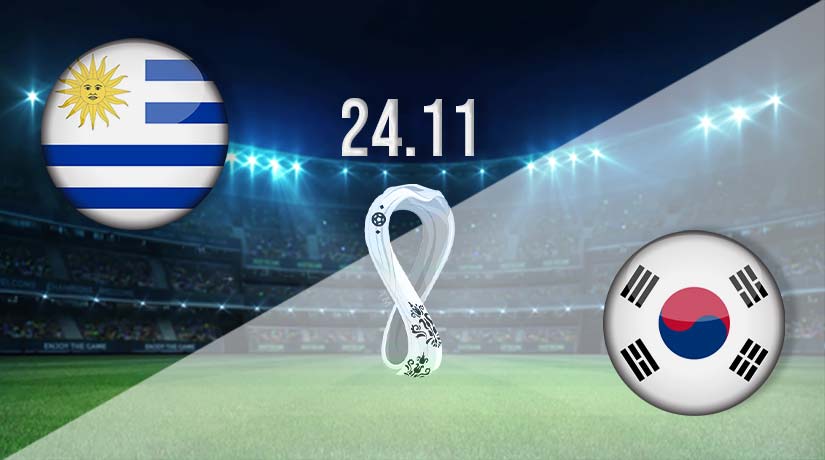 Group H looks set to be the closest fought group at the World Cup this year, and both Uruguay and South Korea will be hopeful of reaching the next round of the competition. But, which of the nations will get off to a perfect start in Qatar this year when they clash at the Education City Stadium?

Uruguay will be playing in their fourth straight World Cup this year, which is the second time that they have managed to achieve that feat. However, it is no surprise to see them being tipped up as dark horses, as they have regularly performed well at the competition in recent occasions. That is evident by their record of having won six of their previous eight games in the competition, which includes a victory over Group H rivals Portugal.

South Korea famously finished in fourth place at their home World Cup in 2002, and they will be playing in the competition this year for the tenth straight edition. However, they have managed to make it past the group stage on just one occasion in the previous four editions of the World Cup.

South Korea recorded one win from three games in their last appearance at the World Cup, but that victory did come against Germany. They come into the competition in solid form, as they have lost just twice in their previous ten internationals.

This will be the third time that Uruguay and South Korea have clashed at the World Cup. Both previous meetings have been won by Uruguay, which includes their most recent victory at the 2010 competition in the round of 16.

This could be one of the more entertaining group stage games in the opening round of fixtures. Both sides will be looking to get the victory, but we could see a slight surprise being the outcome. We fancy the chances of South Korea to get the win to continue Uruguay’s poor record in opening fixtures at the World Cup.

Make sure to bet on Uruguay vs South Korea with 22Bet!