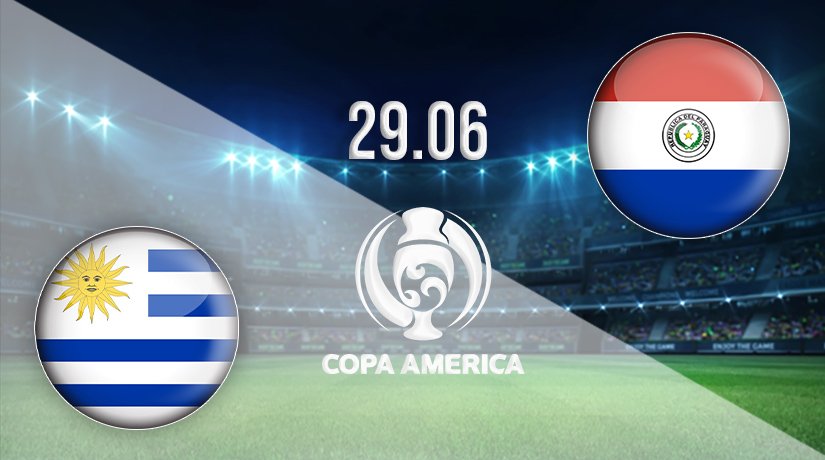 Uruguay and Paraguay have already secured their spot in the next round of the Copa America. That means the only thing that the nations will be challenging for on Monday night is the highest finish in the standings.

Paraguay could yet finish at the top of Group A, but they must beat Uruguay and hope that Argentina are beaten in their last group game. They have been consistent throughout the competition so far, as they have won two of the three games that they have played. Their only defeat came against Argentina. Paraguay picked up a comfortable victory in their last group game, as they eased to a 2-0 victory against Chile. Braian Samudio scored the first goal of the game ten minutes before the break. Miguel Almiron was very impressive in that game, and scored from the penalty spot with half an hour remaining to ensure that Paraguay were able to take maximum points.

Uruguay have flattered to deceive so far in the Copa America, as they have picked up just four points from the three games that they have played. However, their spot in the next round is already confirmed, as Bolivia have lost all three games that they have played. Uruguay could yet finish top of Group A, but they will need to win and hope that Argentina are beaten by Bolivia in their final group game. Uruguay produced their best performance of the tournament so far in their last game, as they eased to a 2-0 victory over Bolivia. Edinson Cavani scored his first goal of the competition with ten minutes remaining. The scoreline could have been wider, as Uruguay registered 22 shots in the game.

Uruguay vs Paraguay Head to Head

This is the third Copa America meeting between these nations since 2004. Uruguay have recorded two victories in the three previous meetings. However, the most recent meeting ended in a 1-1 draw. The last meeting between the nations in all competitions was also a draw, as Uruguay and Paraguay played out a 0-0 stalemate back in June.

Paraguay haven’t beaten Uruguay since 2007. We could see that run continuing in this game, as the most likely outcome is the draw. Both sides will be happy with that result, as they won’t want to go into the knockout rounds having lost their most recent fixture.

Make sure to bet on Uruguay vs Paraguay with 22Bet!