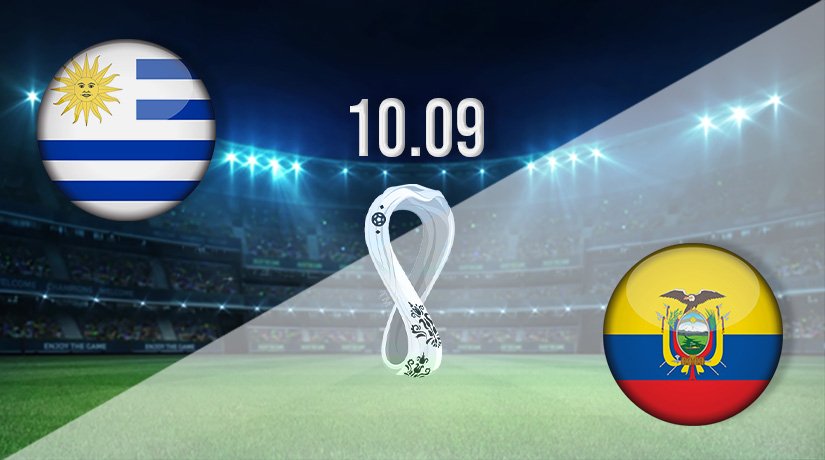 Only the top four teams in the standings in the South American qualification will make it through to the World Cup in Qatar next year. Two teams currently in those positions will meet in a qualifier on Wednesday, as Ecuador and Uruguay clash.

Uruguay will be aware that there is still work to be done if they are to finish in the top four in qualification. They currently have a slim advantage over Colombia after eight games have been played, as they are two points ahead of their rivals. They will need to improve their form if they are to secure an automatic spot and avoid a playoff, as they have won just one of their last two games during this most recent international break. They were held by Peru last week, before claiming a win over Bolivia this past weekend. Things looked to be going very well for Uruguay in that fixture as they found themselves 3-0 ahead after goals from Giorgian de Arrascaeta, Federico Valverde and Agustin Alvarez. However, a late fight back from Bolivia meant a second goal from Arrascaeta was needed to wrap up the win.

Ecuador are currently ahead of Uruguay in the standings, as they are sitting in third place. It has been a strong start to qualification for them, as they have won four of the games that they have played. However, they have been beaten on three occasions. Only Peru, Bolivia and Venezuela have been beaten more regularly to this point. Still, a win this week could see Ecuador move up to second in the standings. They have won one of their previous two games during this international break, with their only win coming against Paraguay. Meanwhile, they were held to a 0-0 draw in their most recent fixture against Chile.

Uruguay vs Ecuador Head to Head

Uruguay have beaten Ecuador on 31 occasions in the past. Meanwhile, Ecuador have claimed wins in this fixture on seven occasions. One of their wins came in the most recent fixture between the two nations, as they claimed a 4-2 victory back in October last year.

This is a fixture that could go either way. However, we expect Uruguay to continue their momentum and get the win that they need to move up to third in the standings and consolidate their spot in the qualification places.

Make sure to bet on Uruguay vs Ecuador with 22Bet!