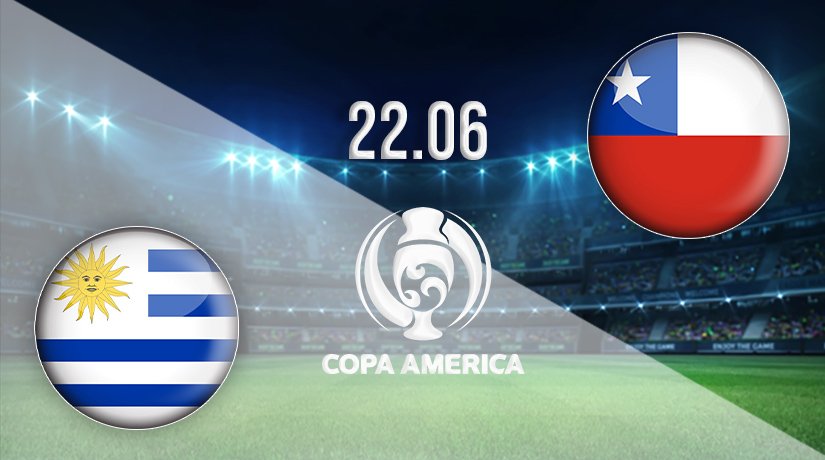 Group B remains in the balance in the Copa America, as Uruguay stand on the brink of an unlikely elimination. They will need to pick up a positive result when they come up against Chile on Monday night.

Uruguay are so often one of the most dangerous teams in South America, as they have talented players at the back and in the forward areas. However, they have been unable to get going in this year’s Copa America, and they now stand on the brink of an unlikely elimination at this early stage. However, there is still more than enough time for them to turn the tide in their favour, as they have three more group games to play.

They were beaten in their first group game, as they suffered defeat against their arch-rivals Argentina. Uruguay were disappointing in that opener, as they didn’t record a single shot on target despite enjoying the majority of the possession. Regardless, the start could be put down to a slow beginning of the tournament, as they still have quality players in the team such as Edinson Cavani, Luis Suarez and Diego Godin.

Chile’s position in Group B is looking far more assured, as they have already taken four points from the two games that they have played. The top four all progress through to the next round of the competition, which means that it is highly likely that Chile have already done another to secure their berth. However, they could have their sights set on finishing the group at the top of the standings. They picked up a point in their opening game against Argentina, before beating Bolivia in their most recent game. Blackburn Rovers striker Ben Brereton scored the only goal after ten minutes in their win on Friday.

Uruguay vs Chile Head to Head

Uruguay have beaten Chile the last two times that the nations have met. The most recent of their wins was in a World Cup qualifier in October last year. Chile’s last win against their opponents this week came in November 2016.

Chile have looked like a very decent outfit in their first two games that they have played. They have already taken a point from Argentina in the group stage, and the same result could be on the horizon against Uruguay on Monday evening.

Make sure to bet on Uruguay vs Chile with 22Bet!