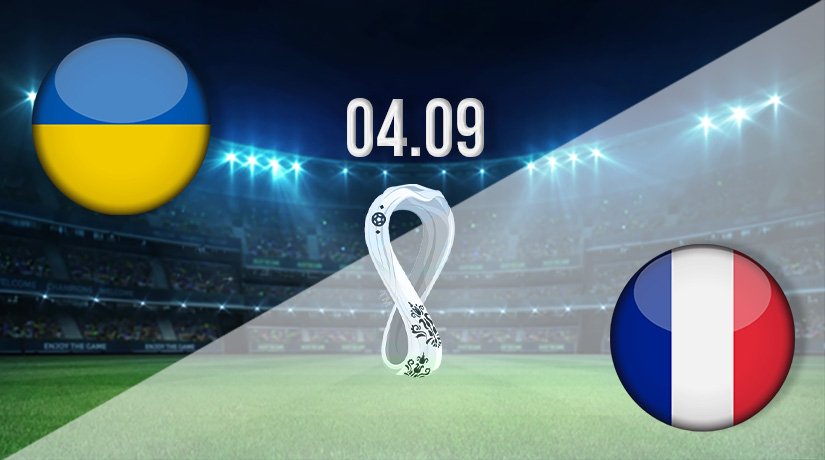 This weekend’s football fixtures are dominated by the World Cup qualifiers as nations battle over three vital points that could prove the difference between making Qatar next summer and watching the tournament on television. There are some exciting games on the schedule on Saturday, including a fascinating match in Group D where Ukraine hosts France. This game is scheduled for a 19:45 GMT start time and will be available to view live on TV.

This fixture pairs two unbeaten teams who are battling for supremacy in the group and we could see the winner of this game go on to qualify for Qatar 2022 as champions of the pool. France travels to Ukraine with confidence in its ranks following back-to-back victories at this level. The locals are aiming to go one better and register their first win after drawing each of their previous three outings but appreciate the size of the challenge ahead of them on Saturday. Les Bleus are one of the early favourites to win World Cup 2022 and will want to go to Ukraine and show why.

These teams met earlier this year at the World Cup when playing out a tense 1-1 draw. The French took the lead in that game when breaking the deadlock on 19 minutes through Antoine Griezmann but were pegged back in the second half when Presnel Kimpembe bundled the ball into his own net under pressure to tie the game at a two-goal draw. The head-to-head stats associated with this fixture show France have six wins with four games ending in a draw and just one win for Ukraine.

Ukraine is off to a strong start

Ukraine entered their World Cup qualifying campaign with hopes of challenging France for top spot and automatic qualification. They knew Les Bleus were the strong favourites but wanted to make sure they pushed them all the way and made it a fight for their place in next summer’s competition. They have enjoyed a strong start to the campaign, taking three points from their first three games but know they must do better if they are to pile pressure on the French who are already four points clear. Victory in this match would blow the group wide open but defeat would hand the advantage to the current leaders.

The home team have drawn each of their first three games to put three points on the board. That tally places them four behind pace setters France but one better than Finland and only two points above joint bottom nations Bosnia and Kazakhstan. They may be unbeaten and may be second in the group but followers of the home team shouldn’t get carried away as they are much closer to bottom than top at this stage. A win here would change all that but victory against one of the top teams in world football won’t come easy.

Ukraine was last seen in action back in July on Euro 2020 action when losing heavily to England in the knockout rounds. The Three Lions eased to a 4-0 victory in that match on their way to a runners up finish behind Italy. The scorers that day were Maguire, Henderson and Kane with the Tottenham striker bagging a double to help send his nation through. It was a painful defeat for Ukraine but one they must dust themselves down from and recover. There are lessons to be learned.

France in the driving seat

When the draw for the World Cup qualifiers in Europe were made and France were dropped into a pool with Ukraine, Finland, Bosnia and Kazakhstan, expert football pundits immediately picked the French as favourites. They were expected to win all their games and blaze a trail of glory to the World Cup next summer. They are unbeaten so far, but the team doesn’t have the 100% record fans would have hoped for at this stage. They have played three, won two and drawn one, collecting seven points from a possible nine.

France opened their campaign with a draw before recording back-to-back wins and putting themselves in the driving seat. Anything less than three points from this game will keep the door open for their rivals to challenge, but a strong away win would put France within touching distance of the World Cup proper. Their fate is in their own hands at this stage, and supporters can’t ask for much more than that. They may be the visiting side, but it’s easy to see why France are favourites for the away win on paper.

Didier Deschamps and co were last seen in action on Monday 28 June when playing out a high-scoring draw with Switzerland in the European Championships. That match ended in a thrilling 3-3 draw before going to penalties where the Swiss held their nerve. They won 5-4 from the spot to see them progress to the tournament’s quarter-finals, eliminating France, who had kicked off Euro 2020 as the experts’ pick to win the trophy. Fans were left feeling disappointed by that effort and will demand a much better showing in Qatar, starting with a strong qualifying campaign.

This match has all the ingredients of a fascinating 90 minutes, and armchair fans will be looking forward to kick-off. The home team know they must collect their first win of the campaign and move on to six points if they are to stand any chance of challenging for the top spot and gaining automatic entry to the World Cup 2022.

France have a cushion over the chasing pack and would remain top of the league regardless of the final score in this game. They are already four clear and would take a huge step towards qualifying if they were to leave Ukraine with all three points. That would allow the side to begin planning properly for next year. The visitors are good enough to get the win if playing at their best.

The pre-match betting odds available at 22bet on this game has Ukraine priced at 4.82 with France trading at 1.73 and the draw 3.72.

Make sure to bet on Ukraine v France with 22Bet!