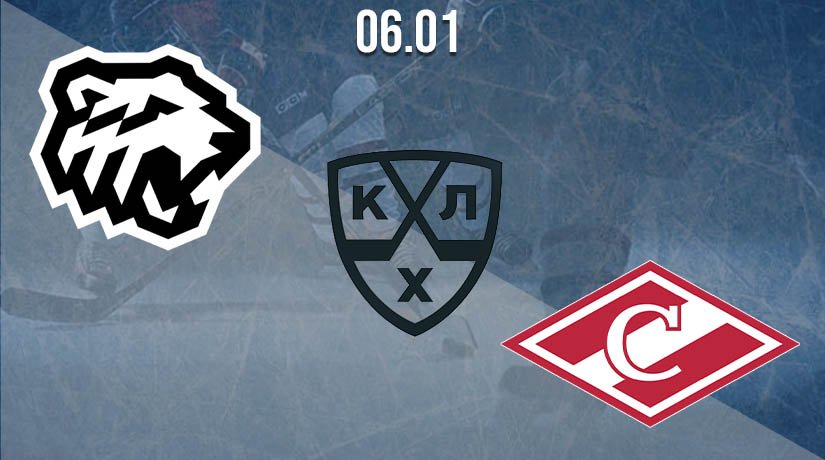 On January 6, Traktor meets with Spartak during the KHL regular season. Will we see the intrigue in the upcoming confrontation or will the hosts get a confident victory? Let’s find out.

In recent games, Traktor has shown a second-rate level of play. In two previous meetings, the team lost to Kunlun Red Star (3-4) and Avangard (3-5). Due to these failures, the club dropped to the fifth position in the Eastern Conference standings.

In the next meetings, the Chelyabinsk team will not be helped by injured Sergey Kalinin and Roman Manukhov. To stabilize their results, they need to improve their defensive play. 17 goals have been conceded in the last five games.

Spartak lost the last three games – with Moscow Dynamo (0-6), Riga Dinamo (2-5) and Metallurg Mg (3-4). These failures led to the fact that Oleg Znarok’s team dropped to eighth place in the Western Conference standings. The lead over the nearest pursuer Vityaz is three points.

The following players are in the team’s infirmary – Andrei Kuteikin, Jori Lehtera, Dmitri Vishnevsky and Alexander Nikishin. The club’s main problem is not the best play in defense because of 126 conceded goals this season. In the East, only the Dinamo Riga and Sochi have worse performance in this component.

We believe that open play awaits us. It is frankly difficult for Spartak in recent games. There is a lack of quality roster rotation. The load falls on the same players. However, their special teams are working well on the powerplay.

Traktor is variable in the offense, but recently the defense and goalkeepers have started making mistakes. Considering this, the game should be regarded as productive; hence, we choose the bet on the high total. Our prediction is a total of over 4.5 goals.