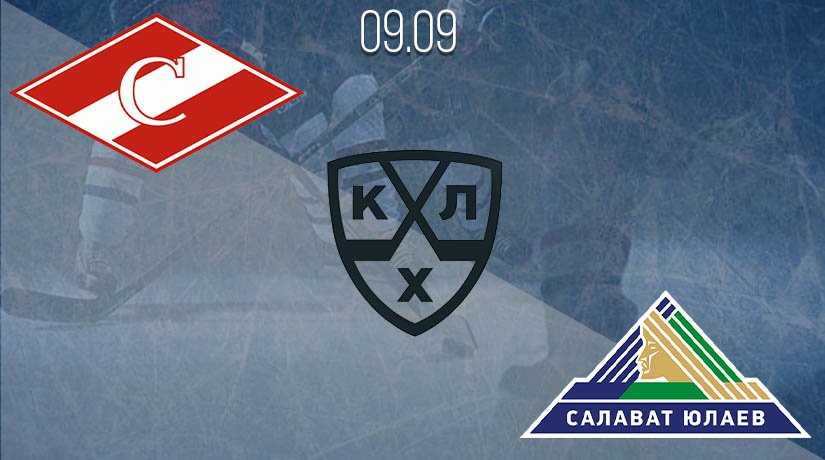 Moscow Spartak will host the KHL regular-season game against Salavat Yulayev. Let’s review the capabilities of these teams and try to predict the outcome of the game.

Spartak lost in two starting matches on the road: to Lokomotiv 2-7 and to Avtomobilist 0-1. In the third match, Spartak was close to failure against the Moscow Dynamo, but then Spartak won with a score of 3-1, scoring goals on the powerplay and while killing the penalty.

Oleg Znarok noted after the victory that the physical condition of the team is gradually improving, but is still far from being perfect. As you can see from the first matches, the Muscovites have problems with the implementation of scoring chances at the opponent’s goal, and often they have to play defensively. With such tactics, the team should have an impeccable defense.

The team from Ufa has an almost perfect away series and have already won three matches in a row. In two games, the team won with a difference of one goal – against Torpedo 3-2 and Minsk Dynamo 4-3. In the confrontation with Severstal, on the other hand, they celebrated success with a score of 4-1.

Now the main sniper and scorer in the squad is Markus Granlund, who has already scored three goals and two assists. Salavat Yulayev in each game was distinguished by at least three goals and delivered more than 30 shots on average. We want to emphasize that Juha Metsola played at the goal in all matches.

As Oleg Znarok himself said, Spartak is still in non-optimal physical shape, and the team has significant problems with performance. Salavat Yulaev, at this point, looks much more active and disciplined, so we propose to bet on the guests’ victory.