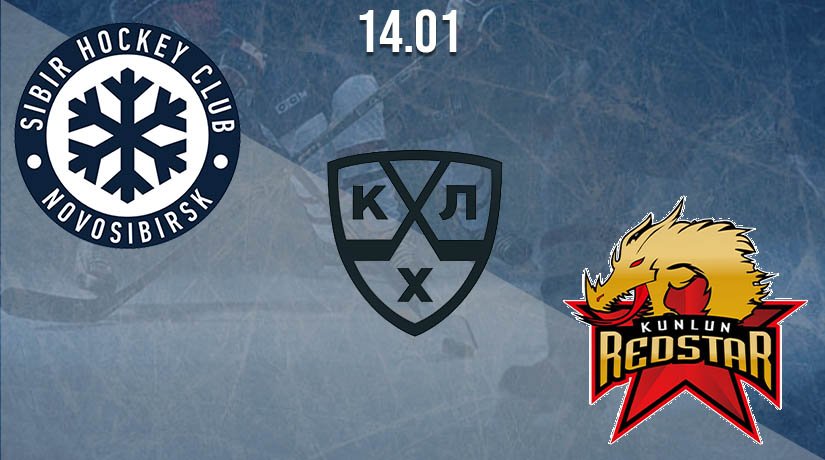 Kunlun Red Star and Sibir will meet again on January 14, and we offer a prediction for this contest. Yesterday the Novosibirsk team lost a match. Will they be able to win in the upcoming confrontation with the Chinese club?

After 45 matches of the regular championship, the team from Novosibirsk is in ninth place in the Eastern Conference standings with 42 points in the asset. Most recently, Sibir was on a guest tour, during which they had four games. In one of these meetings, they prevailed over Barys (3-1). After a successful trip to Nur-Sultan, the Siberians went to Nizhnekamsk, where they were defeated by Neftekhimik (0-3). Later, Nikolay Zavarukhin’s team lost to Lokomotiv (2-3). Next, Sibir in Mytishchi smashed the Kunlun (6-1), after which they finally returned home. But in Novosibirsk, the team was defeated by Salavat Yulaev (1-3).

The Chinese club is the penultimate in the Eastern Conference standings. In 43 matches of the regular championship, the Beijing team managed to obtain 42 points. Towards the end of 2020, Kunlun won two times in a row. In one of those matches, they defeated Traktor (4-3). And in the last game of the past year, Alexei Kovalev’s team defeated Avangard in shootouts (3: 3, 2: 1). However, in 2021, the Chinese club is only losing. In Mytishchi, Kunlun lost to Severstal (2-4) and was defeated by Sibir (1-6). In the last matches, the Red Star lost twice to Amur (4-5; 1-3).

Of course, it will be difficult for Kunlun to come to their senses in the away match with a streak without victories. But Alexei Kovalev’s guys will try to show at least something. In six games out of the last ten, the Chinese team scored 2+ goals against teams of different strengths. The Chinese club will use their chances in the game with the Siberians since Sibir’s defense isn’t in the best shape. Our prediction and bet – Kunlun Individual Total Over 1.5.