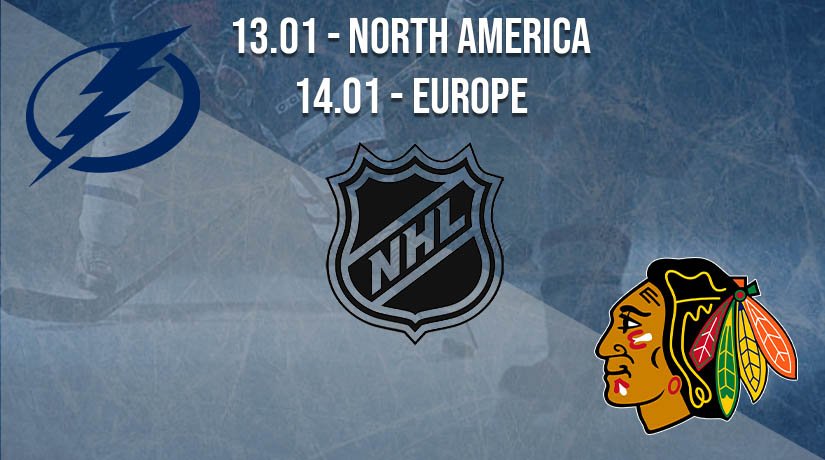 The second match of the new NHL season will occur on January 14, where Tampa Bay and Chicago will play. Will the Stanley Cup winner beat their opponent? You can find out from our prediction.

Last season, Tampa was one of the favorites in the Eastern Conference and fully met all expectations. The team managed to take second place in the East standings and won the Stanley Cup. The Lightning faced little competition on their way to the finals, where they beat Dallas. The Stars were also unable to resist the Lightning offense, having won only two times in the series. Tampa Bay is also one of the contenders for the lead in their conference this year, so the club needs to get points from the start to be back at the top of the standings.

Last season Chicago had problems. With great difficulty, the team was able to take the 12th line in the Western Conference standings, thereby still getting a place in the playoffs. Despite the poor results, the Black Hawks easily beat Edmonton in the first stage of the tournament with a score of 3-1 in the series. True, the next opponent turned out to be much more robust, and the Hawks could not oppose anything to Vegas. The strongest side of Jeremy Colliton’s team is the attack, but their defense is fragile.

Tampa is the clear favorite in this match as they were the best team in the league last season. An unreliable defense line does not give the Blackhawks a chance against the team with the most goals in their conference. Our prediction is the victory of Tampa.