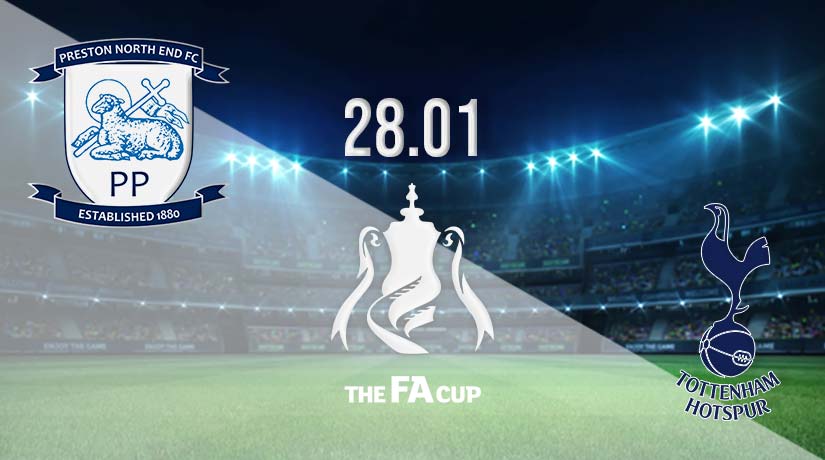 One of the big giant killings in the fourth round of the FA Cup could come at Deepdale, as Tottenham visit Championship high-flyers Preston North End. The home side currently sit tenth in the second-tier standings, and they will be bidding to reach the fifth round of the FA Cup for the first time since the 2104-15 season.

Antonio Conte was brought in by the Tottenham hierarchy to end their long wait for a major piece of silverware. The FA Cup looks to be their best chance of achieving that target this term. Spurs have been in indifferent form in the league over recent weeks, but a recent 1-0 win away from home against Fulham ensures that they remain in the hunt for a Champions League spot.

Their attention will be on the FA Cup this weekend, as Spurs look to reach the fifth round of the competition for the fourth straight season. However, Spurs are yet to reach the FA Cup final since the 1990-91 season where they won their most recent FA Cup. Tottenham avoided a shock in the third round, as Harry Kane scored the winning goal against Portsmouth.

Preston’s main aim will likely be centred on their target to get into the Premier League this season. However, a good cup run is something that the team have struggled for in recent season. This is the first time since 2017-18 that Preston have reached the fourth round, while they haven’t reached the fifth round since 2014-15.

They were fine winners in the previous round against Huddersfield at Deepdale, as they battled back from 1-0 down to claim a 3-1 success. Bambo Diaby and Alan Browne scored in the final 15 minutes to seal a memorable turnaround.

Preston vs Tottenham Head to Head

This is the first meeting between the sides since a 5-1 win for Spurs in the League Cup in 2009. Tottenham has won the previous two meetings, and Preston are without a win against Spurs since a 2-1 FA Cup success in March 1966.

This should be an exciting FA Cup showdown between Premier League and Championship opposition on Saturday. Spurs will need to be at their very best to get over the line against the team from the second tier, and we could see them grinding out a 1-0 win at Deepdale.

Make sure to bet on Preston vs Tottenham with 22Bet!