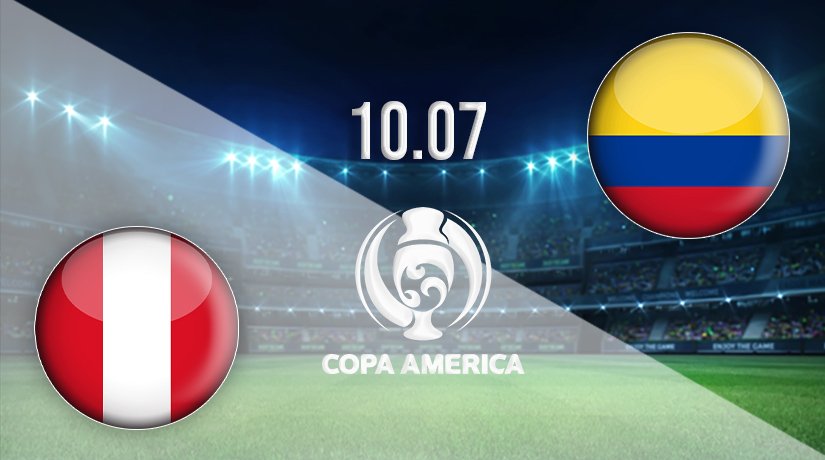 The match no nation wants to be in takes place in the early hours of Saturday morning, as the team that finishes third in the Copa America in 2021 will be decided. Colombia and Peru will be the losing semi-finalists battling for the third spot.

Colombia will probably come into the 3rd place match as the narrow favorites in the betting. They pushed Argentina to their limit in the semi-final match-up in the week, but were eventually beaten in a penalty shootout. Argentina opened the scoring inside the opening ten minutes of the semi-final, as Lautaro Martinez fired home after six minutes. However, Colombia struck back just after the hour mark through Luis Diaz.

Colombia certainly gave as good as they got in the game, as they registered slightly more shots than Argentina and also had slightly more of the ball. However, it wasn’t to be for Colombia in the shootout, as they were beaten 3-2 in the shootout. Yerry Mina, Davinson Sanchez and Edwin Cardona missed from the spot to give Argentina the win they needed to set up a final date against Brazil.

Peru were unlucky in their semi-final, as Brazil used their game management to take any sting out of the game on Monday evening. Peru needed to chase the game in the second half after Brazil went ahead after 35 minutes through Lucas Paqueta.

However, the Brazilians were too strong defensively for Peru in the second half, as they limited their opponents to just two shots on target. Peru kept trying to push for the equalizer, but Brazil took every advantage to run down the clock and reach a second straight Copa America final. However, Peru could still see a third-place finish as a positive result.

Peru vs Colombia Head to Head

Colombia have an excellent record in fixtures against Peru. Aside from defeat in their last meeting in the Copa America, Colombia are unbeaten in ten games against their opponents in this fixture. They have won seven of these fixtures. However, Peru won the most recent meeting earlier in the Copa America.

This could potentially be an exciting match as both sides will be looking to end the Copa America with a positive result. However, we expect Colombia to be too strong for their opponents this weekend.

Make sure to bet on Peru vs Colombia with 22Bet!