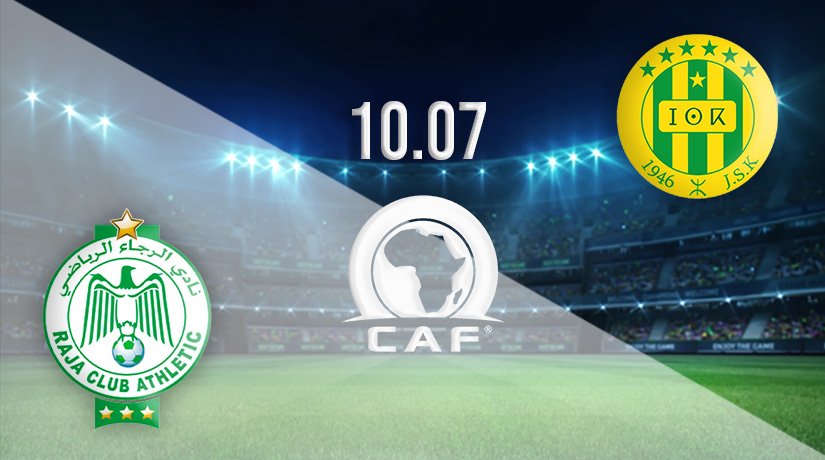 The final of the CAF Confederation Cup takes place this weekend, as Raja Casablanca and JS Kabylie meet in the final at the Stade de l’Amitie in Benin. Both sides will be hopeful of winning the competition this season, but which club should be considered the favourites with gamblers?

JS Kabylie probably come into the final as the slight favourites in the betting, as they have eased through to the final of the CAF Confederation Cup. They came up against Coton Sport in the semi-finals of the competition, and Kayblie produced two strong performances in both legs to ease through to the final. They took firm control of the tie in the first leg, which was played away from home.

Despite going 1-0 down, Kayblie struck back before the breakthrough Ahmed Kerroum, before a second-half own goal gave them the clear advantage. They pressed home that advantage in the return leg, claiming a 3-0 success. Zaka was in excellent form in that game, as he scored twice in the first half. Bedreddine Souyad also added a goal to ensure their clear advantage.

Raja Casablanca come into the CAF Confederations Cup in inconsistent form. They have won once in five games, and only managed to reach the final after a penalty shootout victory in the second leg of their semi-final against Pyramids. The two sides played out a 0-0 draw in the away leg, before Casablanca were held once again in the return leg, with the sides playing out a second straight 0-0 draw. However, fortune was on the side of Casablanca in the shootout, as they came out on top with a 5-4 win. Their form since getting through to the final also hasn’t been promising as they have gone three league matches without victory.

The CAF Confederations Cup is a difficult fixture to call, as it could go either way. However, Kabylie come into the game in the better form, and that will be hard to look past. Therefore, we expect them to be the eventual winners this weekend.