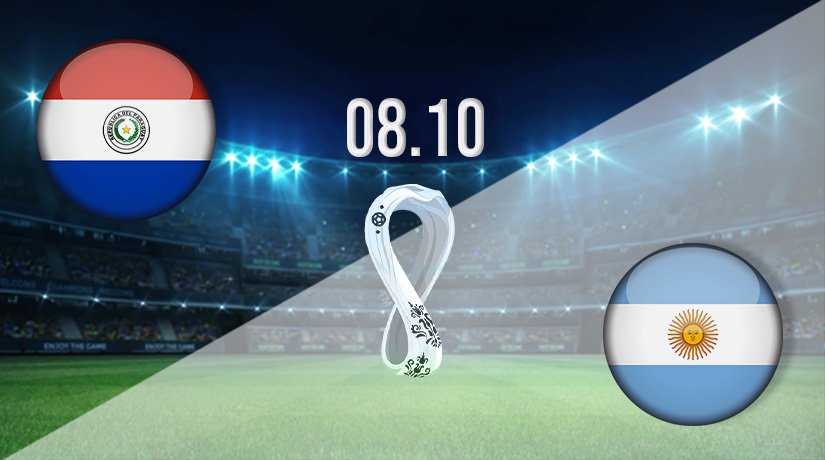 South American World Cup qualification continues this week, as Argentina look to close the gap on Brazil at the top of the standings. Meanwhile, Paraguay will desperately need the win to get into the qualifying spots in the standings.

Argentina already look to be in a strong position to reach the Qatar World Cup next year at the half way stage, but they will be keen to lose the momentum that they have built up to this point. It looks unlikely that they will be able to top the standings, as they are already six points behind Brazil, having drawn three of their eight games.

However, they certainly look to be in a strong position coming into this latest fixture, as they have won both of their last two games. During this run, Argentina have scored six goals and have conceded just once. They were very impressive in their last international outing, as they beat Bolivia 3-0. Lionel Messi was in inspirational form in that game, as he scored a stunning hat-trick.

Paraguay have a lot of work to do if they are to reach the World Cup finals next year. They have won just twice in the nine games that they have played to this point, and have already been handed two defeats. They are currently two points off the qualification spots, with the fourth, and final space, being held by Ecuador.

Paraguay’s form in the last international break was a sign of their troubles, as they won just once in the three games that they played. During that run, they were beaten by Ecuador and held by Colombia. They at least ended the September international break with a 2-1 win against Venezuela.

Paraguay vs Argentina Head to Head

Argentina have struggled against Paraguay in recent meetings. Their 1-0 win against their rivals in the Copa America in the summer ended a four-game run without a victory. Three of the previous five fixtures between these two nations have ended in draws, while Paraguay’s only win during this run came in World Cup qualification in 2016.

Argentina may not have the most dominant record against Paraguay, but it looks as though they are on the right track coming into this fixture. It is hard to see past them getting the win that they need to secure their position in second in the standings.

Make sure to bet on Paraguay vs Argentina with 22Bet!