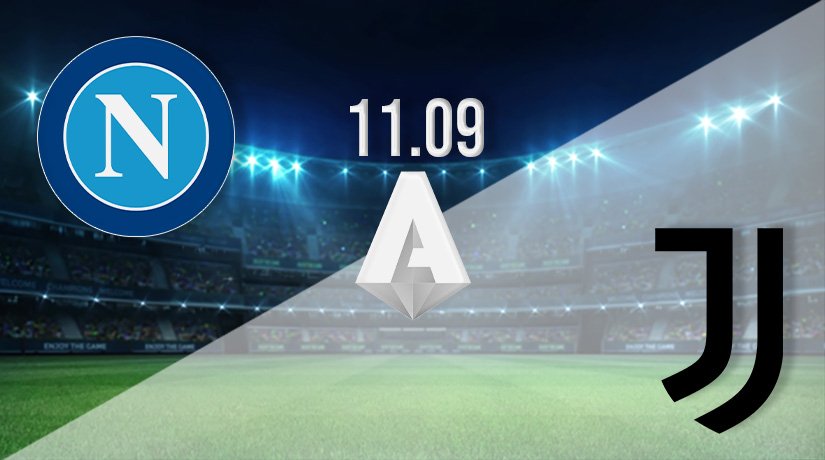 The International break isn’t popular with all football fans so they will be delighted to see club action return to our screens this weekend. The biggest names in European football are back, and there’s an exciting round of Serie A games ahead in Italy. A full programme is spread across three days, with three matches played on Saturday, six on Sunday, and one on Monday. In this article, our football content writers focus on Saturday’s match involving Napoli and Juventus, which is scheduled to kickoff at 17:00 GMT and will be broadcast to millions of followers live on TV.

Juventus are hoping to rebuild following the disaster of last season. The Old Lady let the Serie A title slip through their fighters without putting up a fight. They failed to pressure the teams from Milan and were rather fortunate to hang on to a top-four finish and secure involvement in this season’s UEFA Champions League. Fans want to see improvement in this campaign with Juve back battling for the top spot.

Napoli and Juventus met three times last season in the Italian Super Cup and Serie A. The head-to-head stats show Juventus grabbed two wins, claiming victory in the Super Cup thanks to a 2-0 score and three points at home in the league with a 2-1 result. In February, Napoli made home advantage count when winning 1-0 at this venue, with Insigne scoring the game’s only goal from the penalty spot on 31 minutes. An exciting match is expected, but how will the game play out? Read on for our predictions.

Napoli enters round three of the Serie A season placed fifth in the table but with a maximum of six points on the board. They have claimed victory in each of their first two games, scoring four goals and conceding just one. Napoli is one of only five clubs with a 100% record, and they will be hoping to maintain their perfect start in this home match. That is easier said than done when Juventus are the champions but Napoli enters with confidence in the ranks and knows Juve are in the early stages of a comeback.

The locals got off to the perfect start when picking up all three points on matchday one. They did it in style when beating Venezia 2-0 at this venue. That victory was achieved thanks to goals from Insigne and Elmas, who were both on target despite the victors going down to 10 men early in that match. Osimhen was shown a red card after just 22 minutes, but his teammates helped spare his blushes by getting the job done despite the man down. It was an impressive performance and an example of the character that exists in the squad.

Napoli followed that hard-fought opening day win with a victory on matchday two, grabbing the points in their first away match. They did so thanks to a 2-1 win over Genoa on the road. Another game that was a little too close for comfort, but points are more important than performances at this stage. Goals from Ruiz and Petagna helped secure an important win. Will they keep the good times rolling and go three for three? Fans certainly hope so.

Juventus fans watched their team stumble from one disappointing result to the next last season, and, by their own high standards, it was a disastrous campaign for the club. Followers would have expected to see much better in this season with the team hitting the ground running and fighting their way back to the top of the league. That hasn’t gone to plan, and the old lady’s woeful form rumbles on. Juve is down in 12th place with just one point collected in their first two games.

The visitors opened with a draw on matchday one when playing out a dramatic 2-2 draw away to Udinese. Everyone connected to Juventus would have wanted to see the team lay down a marker and score a big win, but they managed only a draw despite racing into a two-goal lead early in the contest. Dybala broke the deadlock inside three minutes before Ju Cuadrado made it 2-0 on 23 minutes. It looked like a case of how many they would score, but Juve was pegged back by a Pereyra penalty early in the second half before Deulofeu made it 2-2 near the end.

Dropping two points from a commanding position was a huge blow for Juventus, but things went from bad to worse when marking their home debut with defeat. Juve hosted Empoli last time and was expected to run riot but was undone by a goal scored by Mancuso on 21 minutes. That was an absolute disaster for Juventus and one they must bounce back from as soon as possible. Fans are already beginning to run out of patience and things will get even worse if they are unable to get a result on their travels.

If looking beyond the reputation of the teams involved in this match and concentrating on the form of each club, we have a home team with a 100% record and an away team without a win from two attempts, following a draw with a defeat. Confidence is with the locals while the visitors are under huge pressure to get off the mark.

If Napoli is able to land another three points in this match before their own fans, they would show they are serious about challenging for the title this season while proving Juventus are merely a shadow of their old selves. The visitors are under pressure but will they crack under the strain or fight back and finally grab the win they have been searching for?

The pre-match betting odds available at 22bet has Napoli priced at 2.57 to land a third win on the spin this season. Juventus are 2.664 to collect their first victory while the draw can be backed at 3.46.

Make sure to bet on Napoli v Juventus with 22Bet!